The Shelley hard fork of Cardano (ADA) set to happen later today could send the price of ADA spiraling upwards. 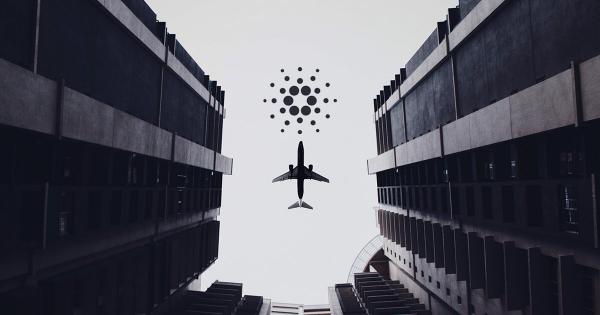 The Shelley hard fork of Cardano (ADA) set to happen later today could send the price of ADA spiraling upwards. Data from IntoTheBlock has shown that there isn’t any major supply barrier that could stop ADA from rising 15% if the current demand for the token was to continue. Strong support at $0.12 could prevent the coin from declining further if Shelley was followed by a correction.

With the Shelley hard fork now just hours away, the focus of the crypto industry seems to have turned to ADA, the native token of the Cardano blockchain. Such a monumental step towards decentralization is certainly set to have a significant impact on the blockchain’s underlying token, but it’s the nature of the impact that’s currently being debated.

The hard fork will finally make staking ADA available to everyone, which many believe will be the main driving force behind its rally. Those that believe a retraction is on the way see the Shelley hard fork as an attempt to inflate ADA’s price with a rather insignificant achievement.

While the latter still might come true in the long run, the latest data from cryptocurrency analytics company IntoTheBlock shows that chances for a retraction after the Shelley upgrade are pretty slim.

According to IntoTheBlock, if the current demand for ADA was to continue in the following days, there isn’t that much of a supply barrier that would prevent the coin from skyrocketing in price. Its IOMAP (In/Out of the Money Around Price) indicator revealed that ADA could see it’s price increase by almost 15% and rise to $0.165.

The same set of data showed that if ADA was to retract after its post-Shelley rally, it wouldn’t pose a significant threat to most holders. Over 43,680 addresses bought ADA at between $0.122 and $0.141, which indicates that strong support has formed at the lower end of that spectrum. Therefore, any price retraction that might follow the Shelley hard fork will most likely come to an abrupt end at around $0.124 and be rather short-lived.

Cardano (ADA) saw its price dive today alongside most other altcoins.

The hard fork that will turn Cardano Shelley on is just days away, which means that the crypto market is eager to find out what lies ahead for Cardano after July 29.

Despite full decentralization with Shelley still being days away, there’s a lot of talk in the Cardano (ADA) community about Voltaire, the blockchain’s governance era.