Users flocked to Steemit because they wanted an alternative to Facebook and Twitter, which are platforms known for censorship. 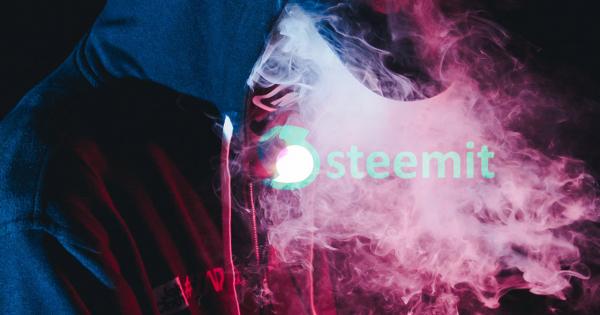 Users flocked to Steemit because they wanted an alternative to Facebook and Twitter, which are platforms known for censorship. One of the selling points of Steemit is its immutability via its blockchain and the incentives given to users for participation. However, many learned today that Steemit isn’t so different from these other platforms after all.

Previously, CryptoSlate reported on Jan. 2 that the hacker group, the Dark Overlord, was demanding bitcoin in exchange for not publishing leaked documents related to 9/11. The group also extended ‘support’ to property management companies, insurers, and other agencies by agreeing not to publish documents relating to their companies—for a price.

Further research revealed that the group’s handle was also banned on Reddit. 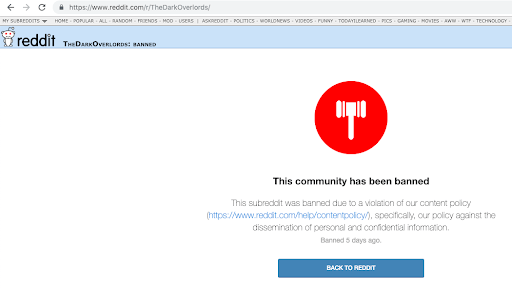 User thedarkoverlord also claimed based on the group’s PasteBin announcement that U.S. Law Enforcement agencies were requesting Twitter to ban them as well. No trace of their Twitter account was found on Jan. 8, 2019.

Saddened by the nature of centralized websites which give way to the pressure of government agencies, the Dark Overlord finally made an announcement on Jan.2, 2019, stating they will be posting future announcements on Steem blockchain to prevent further censorship. They were confident that this would put an end to the bans.

Little did they know, it was not checkmate.

On January 7, 2018, Steemit developer jredbeard banned the user thedarkoverlord from Steemit due to TOS violations. His username was appended in a file named GDPRUserList.js. Steemit is the most popular front-end interface to the Steem blockchain. The ban simply means thedarkoverlord was banned from Steemit but not Steem. His posts can still be accessed using other front-ends to Steem like Busy.org.

The Reddit community was furious over the ban of the Dark Overlord since it was “supposed to be uncensored and unregulated,” except it isn’t. Steemit has their own standard Terms of Service (TOS) which imposes controls on the content of the website host.

Another user went as far as calling Steemit “crap” after the incident:

Another Redditor pointed out that Steemit may now be responsible for everything that’s published on their platform since the company has taken the role of moderating:

Twitter is also alight with accusations of censorship; even users on Steemit question the ban. The message is clear, crypto enthusiasts are not happy with the move.

According to Pt. 13 of their TOS, Steemit deserves the right to suspend or delete any account without any prior notice if they find a breach of any term of the agreement. Point 14. Introduces restrictions on the user conduct and prevents users from engaging in any services prohibited by law.

This conduct goes directly against what the company stated in its original white paper.

“Steem is a decentralized network that is operated by witnesses in jurisdictions around the world. All user actions are publicly recorded on the blockchain, and can be publicly verified. This means that there is no single entity that can censor content that is valued by STEEM holders.”

The white paper goes on to espouse Steemit’s commitment to freedom of speech:

“Freedom of speech is the foundation of all other liberties and any infringement upon freedom of speech undermines the only peaceful means of reaching consensus: discussion. Without free discussion voters cannot be fully informed, and uninformed voters are a greater threat to society than losing the right to vote. Censorship is a means of stealing votes through limiting public discourse. Steem is committed to enabling free speech and building a free society.”

CryptoSlate reached out to Steemit for an opinion on the matter, but so far the company has declined to comment.

Steemit does not offer the kind of decentralization offered by Bitcoin, wherein no participant is more influential than other participants. It should be emphasized that Steemit uses the DPoS Consensus algorithm which allows certain delegates to take actions without the consensus of the community.

Unfortunately, this means that Steemit isn’t as censorship resistant as people thought.

Jan. 9th, 08:26  UTC: Added clarification that the ban was only on Steemit’s front-end and not directly on the Steem blockchain.