South Korean prosecutors have requested the cancellation of Kwon's South Korean passport because he was "on the run" and uncooperative. 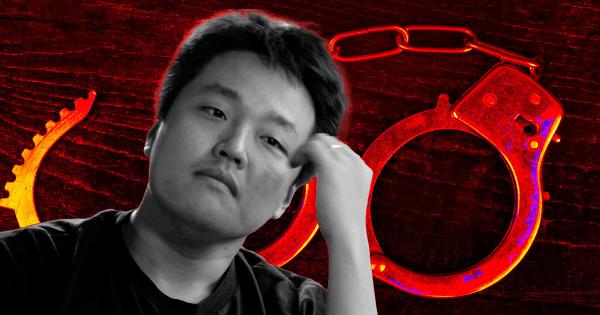 According to the report, the South Korean prosecutors have requested the cancellation of Kwon’s South Korean passport because he was “on the run” and uncooperative.

The report stated that Kwon’s lawyer told prosecutors that he would not respond to the summons immediately.

South Korea issued an arrest warrant for Kwon on Sept 14.

Kwon closed Terraform Labs office in South Korea in April and relocated to Singapore around the same period. However, the Singapore Police revealed that Kwon was no longer in the country as of Sept 17.

The police force promised to assist South Korea in pursuing the Terra founder.

South Korean prosecutors reportedly said they are doing their best to locate him and have “begun the procedure to place him on the Interpol red notice list and revoke his passport.”

According to the Interpol website, a red notice is a  global law enforcement request to “locate and provisionally arrest a person pending extradition, surrender, or similar legal action.”

The notice would place Kwon on the wanted list of 195 countries.

Do Kwon plays the victim, denies being on the run.

In a series of Sept 17 tweets, Do Kwon stated that he was not “on the run.” He also denied allegations that he was uncooperative, saying he has communicated with “any government agency that has shown interest to communicate.”

Dear CT – I will tell you what i am doing and where i am if:

Otherwise you have no business knowing my gps coordinates

Kwon continued that those who should know his location are his friends, those he plans to meet, or those he plays in a GPS-based web3 game. In his view, any other interpretation of this would amount to an invasion of his privacy.

“One can tell a lot about a society by the way it raises its young and buries its dead.”

Crypto Twitter took exception to Do Kwon’s post, with users critiquing his approach to the current situation by which thousands of investors have lost their life savings in the collapse of Terra Luna.

The crypto community has interpreted this tweet to mean that the Terra founder is playing victim after the implosion of his company.