The memecoin’s debut will see a ‘temporary delay,’ the popular US exchange said. 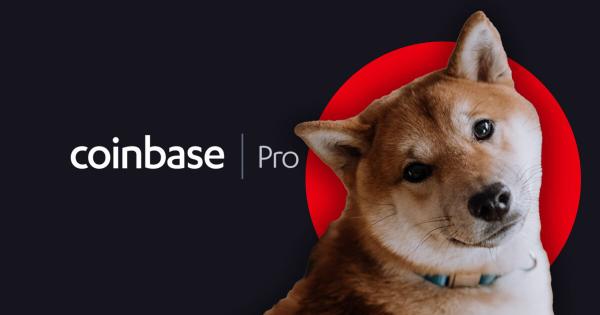 Shiba Inu’s (SHIB) proposed debut on the US crypto exchange Coinbase Pro came as a shocking surprise to many. After all, the latter’s one of the most regulated, compliant exchanges in the world, while the former is a mere meme currency with no native feature of its own.

Yet, Coinbase Pro mentioned it alongside Keep Network (KEEP) and Chiliz (CHZ) earlier this week as the three new assets to be listed on the platform.

Many in crypto circles hypothesized the move was a way for Pro to remain relevant, or even to compete with competitors (which list such coins but are arguably less legally compliant) on revenue.

The Shibu Inu ‘community,’ at the time, went bonkers. But the happiness has proven to be short-lived after Coinbase Pro made an amendment to its SHIB plans late on Wednesday.

“We are experiencing technical issues that will temporarily delay the launch of SHIB on Coinbase Pro,” the exchange said, both in a tweet and in a blog post update.

“At this time we are disabling deposits of SHIB; withdrawals are still available,” it added much to the dismay of SHIB hopefuls.

We are experiencing technical issues that will temporarily delay the launch of SHIB on Coinbase Pro. At this time we are disabling deposits of SHIB; withdrawals are still available. We will provide an updated timeline for restoring deposits & enabling trading as soon as possible.

The announcement sent SHIB spiraling down nearly 10%—erasing the gains from the bump earlier this week. The coin is now down a staggering 80% from its May 10 all-time high but has still notched up returns of up to 13,599,764.8% for investors from its November lows.

But don’t feel bad for the memecoin just yet. Coinbase Pro says it’s looking forward to enabling SHIB deposits soon. “We will provide an updated timeline for restoring deposits & enabling trading as soon as possible,” the firm said.