SafeMoon's future is in question followed the resignation of Hank Wyatt coupled with a lack of progress on the project. 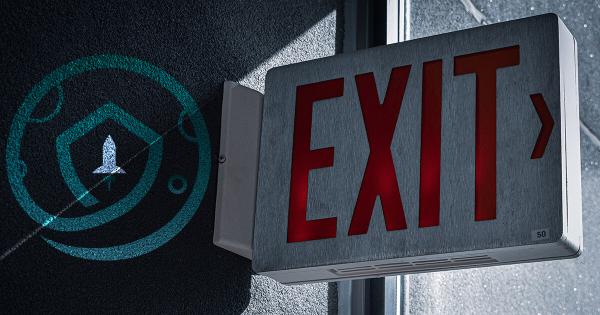 In a tweet posted on Thursday, Wyatt said it was a difficult decision to make. But failed to give details on the circumstances surrounding his departure. This has only fueled speculation about unrest within the company.

Leaving my position on Safemoon was definitely a difficult decision, the hardest I’ve ever had to make. However, I’m excited for the future and can’t wait for the next chapter of my life to begin!

SafeMoon did not meet the August 28 deadline for releasing its native wallet app, leading some to wonder whether Wyatt’s departure was in some way related.

Either way, both incidents have given naysayers extra ammunition with which to criticize the project. Is this the beginning of the end, or can SafeMoon recover from this?

Social media reacts to the departure of Wyatt

In response to Wyatt’s tweet announcing his departure, the most common question is, why? Wyatt has not responded, leading to massive conjecture on the possible reasons.

Some theorize, as CTO, the wallet delay falls squarely on his shoulders. As such, his leaving SafeMoon was simply a case of jumping before he was pushed.

Another user claims most of the SafeMoon team landed their roles due to nepotism rather than ability. Meaning there’s a huge shortfall in skills and experience driving the project forward. It follows that the pressure on individuals who find themselves in this position is too great.

“At least half the original “team” were either friends, family, influencers, bf/gf, that had a terrible lack of experience, either in a full scale leadership position, general public position or under-skilled in software development. Several need 2 be replaced, Thomas leaving next”

Wyatt’s LinkedIn shows he has a computer software engineering degree from the University of Pennsylvania. Following a four-month internship in 2016, he set up his own video game entertainment company called HLWGroup.

He joined SafeMoon as CTO on its launch in March 2021 while still running HLWGroup.

What’s the latest on the SafeMoon wallet?

As mentioned, the native SafeMoon wallet was scheduled for release on August 28. The price of $SAFEMOON rose 110% from its local bottom, on August 18, in anticipation of the launch.

But, on August 28, an official announcement on the SafeMoon Twitter said “unforeseen technical difficulties” have delayed the wallet launch. The $SAFEMOON price has been down-trending ever since.

Two days later, an update reiterated problems to do with technical issues. But, like the initial message, this did not elaborate further with regards to the issues. The team signed off by thanking everyone for their support and patience, adding that it will be worth the wait.

The most recent response, which was posted on Tuesday this week, states testing is still ongoing, and that they are nearing launch.

We truly have pulled together as a community in regards to the #SAFEMOONWALLET launch… our beta testers are testing through the night while our Devs continue to work up a sweat! The launch is in sight ?? #SAFEMOON

However, the events of the past few weeks have only triggered doubt on the team’s ability to do what they say they will.