Exploring one project's ambitious goal to become the premier stable asset of the broader Polkadot ecosystem. 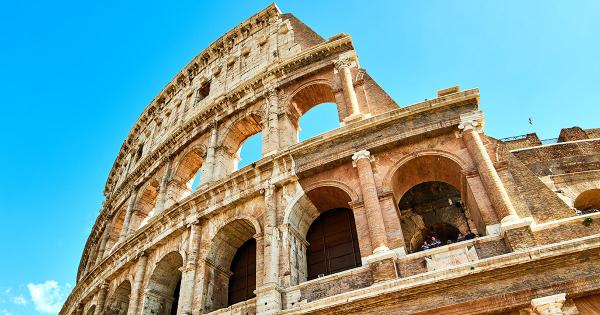 Photo by Mathew Schwartz on Unsplash

RomeDAO is taking the word ‘experimental’ to new heights, proposing a 100% community token allocation, no VC funding, and a reserve currency held stable by rock-solid governance.

Built by a core team of developers, researchers, and community builders from the OlympusDAO community, RomeDAO is based on the audited OlympusDAO contracts. The Ethereum-based algorithmic stablecoin solution backs its stablecoin OHM with DAI and other crypto assets. If the value of OHM drops below the value of DAI, the algorithm buys back OHM on the open market and burns it—if the opposite happens, it mints new OHM and sells it.

However, the team maintains that Rome isn’t a fork per sé, as it includes various changes to the contracts to make them compatible with Moonriver. RomeDAO’s treasury will be backed with three different bond types—Magic Internet Money (MIM), DAI, and ROME/MOVR Liquidity Position.

The experimental EVM-compatible chain launched on the even more experimental Kusama was chosen to provide the project with quite a lot of freedom. The freedom provided by Moonriver will also eventually enable the project to expand into Moonbeam on Polkadot.

“Our long-term goal is to be seen as the premier stable asset of not only Moonriver & Kusama but also the broader Polkadot ecosystem, an ecosystem we believe is primed for explosive growth. To do this requires many thoughtful steps to create a robust treasury and long-lasting reserve currency,” RomeDAO developers said in a Medium post.

Launching a treasury-backed unpegged reserve currency is an extremely challenging endeavor. And while OlympusDAO managed to position itself at the forefront of that movement, RomeDAO believes there’s a lot that can be improved.

Namely, the developers believe that DeFi is currently too centralized—it lacks community participation and has a low ratio of volunteers to output. RomeDAO is an experiment in gamification and an attempt at making governance fun and engaging. Rome’s success won’t be measured in its market cap or its TVL—it will be measured in the percentage of ROME tokens participating in governance.

In order to provide as much incentive as possible to its users, the entire supply of ROME tokens will be allocated to the community. The developers said that they have not and will not receive any venture capital money, or reserve allocations to the team.

We are a community project building with/for our community.

VCs can stop DMing us asking for allocation in a venture round. We are not raising venture money.

If you are a VC who wants allocation, get in line next to our community members.

This move has set a foundation for a strong community to form around Rome. Earlier this month, the DAO had self-organized into five different “houses,” each one being a sub-DAO within the greater RomeDAO. The houses self-moderate their own channels on Rome’s Discord and users are able to stake their ROME with a house they feel most aligned with.

According to RomeDAO, houses will self-organize and perform internal governance to their house to determine who performs what tasks, what proposals are put forward to the DAO, and other key decisions. After discussing policy decisions and proposals internally, two representatives from each house will bring the ideas to a public senate voice forum twice a week. Any contract changes voted in on the forum are then executed by the community-controlled multi-sig.

The houses are built to participate in various “campaigns.” These campaigns are essentially games inspired by titles like Crusaders Kings and Total War, all with a goal of capturing new territory on the Rome map.

“We believe such a gamified governance setup is perhaps one of the first true DAOs — a decentralized setup with no key central parties, only the great houses collaborating to build a better future for RomeDAO.”

Those participating in the campaigns will earn a variety of NFTs based on the actions they take. These NFTs will essentially be gear for each user’s citizen identity within RomeDAO—think armor, weapons, and spoils of war. According to the developers, these NFTs will be designed to provide their holders with various protocol benefits.

Developing and maintaining Rome is an expensive endeavor. Without any VC money or large allocations made to founders, the core developers had to come up with an innovative way to keep the project going.

In the first two months after launch, the DAO will levy a 10% tax on all bonds. This means that 10% of the value created for the treasury will be used to incentivize contributors, pay developers, conduct audits, and ensure the protocol can continue to grow and innovate. The 10% will come out of the underlying assets supplied from the bonds. After the two-month period, the team will propose a tax reduction on Rome citizens to 5%.

The bonds will create much more than a simple treasury. The team calls this the “war chest,” the mechanisms of which will be much more transparent than existing treasury-backed reserve currencies. At launch, the treasury will be managed by directors chosen from the team. However, soon after launch, the community will onboard to a governance process that will allow them to vote on how the treasury is allocated.

“A more agile treasury allows the community to produce more yield on its assets.”

Around 20 people are currently employed by the DAO. While some were taken on to work on Rome part-time, the founding team said that they preferred having developers on payroll. This will enable them to stick to their rather aggressive roadmap, which intends to ship products at two-week intervals.

“While we are an experimental project launching on an experimental chain, we believe Moonriver, Moonbeam, and the broader Polkadot and Kusama ecosystems are ready to explode in valuable projects. We want to ensure our project acts as a stable reserve asset for the entire ecosystem to use for generations of Romies to come,” the founders said in a Medium post.