Ripple announced a massive funding round that is set to push the development and adoption of its decentralized cryptographic ledger technology. Following the announcement, XRP surged over 5 percent, and multiple technical indicators are signaling a further advance.

In a blog post, Ripple, a San-Francisco based technology company, revealed that it scored a $200 million investment in Series C funding, led by global investment firm Tetragon. According to Brad Garlinghouse, the CEO of Ripple, this proves that institutional investors understand the value and utility that XRP and the XRP ledger have in improving cross-border payments.

“We are in a strong financial position to execute against our vision. As others in the blockchain space have slowed their growth or even shut down, we have accelerated our momentum and industry leadership throughout 2019.”

SBI Holdings and Route 66 Ventures also participated in the Series C. And, they will provide the distributed ledger startup with industry insights and expertise allowing it to grow on a global scale.

The investment will be used to expand Ripple’s team worldwide in order to meet market demands. Per the blog post, the firm wants to be able to serve its community of customers and partners, which is growing at an exponential rate.

Speaking with Fortune, Garlinghouse affirmed that Ripple has over 300 customers around the world. The firm expects to see its customer base grow 30 to 40 percent in 2020. It also anticipates the transaction volume on the XRP network to skyrocket over 600 percent next year.

As Garlinghouse prepares for what could be a “tremendous year for Ripple,” the price of XRP could be signaling a bullish impulse.

Over the past five hours, XRP surged nearly 6 percent to hit a high of $0.197. The recent bullish momentum appears to be correlated with Ripple’s announcement. Although this cryptocurrency is now hovering around $0.194, an increase in the buying pressure behind it could see it reach higher highs.

Based on the 4-hour chart, the TD sequential indicator presented a buy signal the moment the current green two candlestick began trading above the preceding green one candlestick. Closing above the 61.8 percent Fibonacci retracement level could add credibility to this bullish signal.

If this happens, then XRP could move up and test the 23.6 percent Fibonacci retracement level at $0.22. But first, it would have to break above the significant price hurdles that sit at $0.205 and $0.212.

Nevertheless, a spike in supply could take XRP below the 78.6 percent Fibonacci retracement level. Such a bearish move would likely invalidate the buy signal presented by the TD sequential indicator and push this crypto into lower lows.

The new investment that Ripple received will undoubtedly help expand its global presence and set high expectations for the upcoming year. Hopefully, this will also serve as a driver for XRP, which is one of the few cryptocurrencies that has a negative year-to-date (YTD) return. Time will tell whether XRP will finally exceed investors’ expectations and start reaching higher highs. 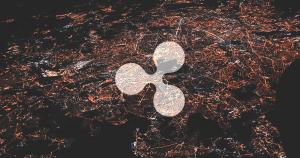