It took Jed McCaleb eight years, one month, and 25 days to finish selling all of his 9 billion XRP holdings. 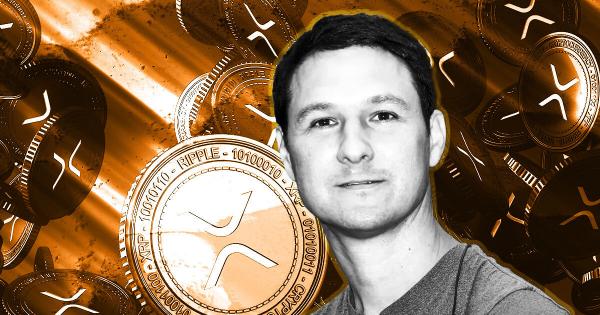 Ripple Co-founder Jed McCaleb will sell out his XRP holdings this week, according to a tweet from the founder of XRPArcade, Leonidas, on July 10.

McCaleb would be selling 4.215 million units of XRP per day this week. He would finish selling the remaining 22.16 million XRP on July 16.

It took Jed 8 years, 1 month, and 25 days since announcing his sales, to finally get rid of his 9B XRP.

Best of luck to Jed. 🌮 pic.twitter.com/FyrnDHk8Ft

This means it took him eight years, one month, and 25 days to finish selling his 9 billion XRP holdings.

As of press time, a website tracking McCaleb’s XRP holdings, Jed balance, showed that there are less than 18 million XRP tokens left in the wallet, which are worth around $5 million.

The former Chief Technology Officer of Ripple had announced plans to sell all his XRP holdings in May 2014.

While this might mean the end of Jed McCaleb’s association with XRP, his decision to sell continues to raise questions within the crypto community, with many asking who he was selling to.

But who did he sell to.

Others wonder why the Securities and Exchange Commission (SEC) did not include him in its lawsuit against Ripple and its executives over selling unregistered securities.

Federal regulators have also not attempted to stop him from selling his XRP holdings.

Meanwhile, McCaleb remains an active force in the crypto space. Before Ripple, he was the creator of the Mt Gox exchange, the leading crypto exchange that crashed in 2014 because of a hack.

After leaving Ripple, he launched Stellar (XLM ), another payment network.