A new series by Fox Entertainment will heavily use blockchain technology and NFTs for distribution. And it has signed on the legendary director. 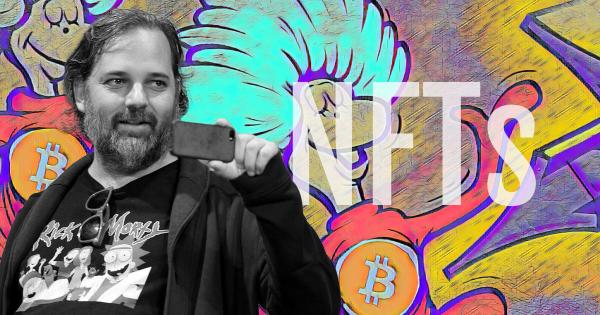 Dan Harmon, the man behind the world-famous mad scientist show Rick and Morty, has been signed on by Fox to create a new animated series that will be distributed using blockchain technology and advertise via nonfungible tokens (NFTs), entertainment site Hollywood Reporter said today.

Currently called Krapopolis, the show is set in ancient Greece and is “centered on a flawed family of humans, gods, and monsters that tries to run one of the world’s first cities without killing each other.”

Its distribution and marketing, however, will occur almost entirely via blockchain and NFTs. “Not to go too far into it today, but as an advertiser-focused, artist-first, and animation-obsessed company, Fox is going to take advertisers into the world of blockchain-powered tokens, including NFTs,” revealed Fox Entertainment CEO Charlie Collier.

How will NFTs feature?

A dedicated marketplace for Krapopolis will curate and sell digital goods, ranging from NFTs of one-of-a-kind character and background art and GIFs, as well as tokens that provide exclusive social experiences to engage and reward superfans.

Fox says the show is the ‘first-ever’ curated entirely on the blockchain. “And just as we’re doing this for our own animation, we will also help your brands connect directly with fans and enthusiasts through NFTs,” explained Collier in this regard.

The development follows Fox’s foray into the crypto and non-fungible token (NFT) space, a move which saw the studio launch a $100 million fund—called Blockchain Creative Fund—to support ‘art meets technology’ projects at the intersection of animation, crypto, and design.

NFTs sales have fallen across the board as the initial hype around the niche market from 2020 gradually died out. But for brands like Fox, the NFT and blockchain ambitions are only beginning.