Billionaire investor will be testing ways of using NFTs to boost his NBA team’s revenues. 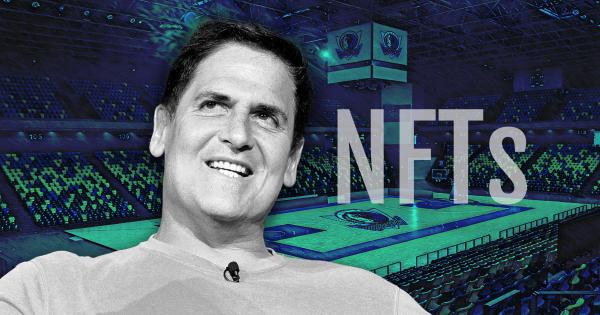 Owner of the Dallas Mavericks, Mark Cuban, said he will issue nonfungible tokens (NFTs) as tickets for his team’s games this coming season.

As unique digital assets, including various forms of digital art and culture, NFTs are represented by a code recorded on a blockchain digital ledger, which records transactions and as such, enables the tracking of their ownership and validity.

The question isn’t if the Mavericks are going to use NFTs for issuing game tickets, but when, Cuban told Gary Vaynerchuk in a podcast.

“We will start doing it this coming season, where we’ll issue an NFT after you’ve chosen your ticket on Ticketmaster or whatever,” Cuban said.

According to him, issuing NFTs in such a way, enables them to create an associated value for Mavericks tickets and to keep adding to it.

“There is no limit to the value we can add to it,” said Cuban about his NFT ticket plan that will enable not only Mavericks fans to buy tickets and resell them but it will also make it possible for the team to continue making royalties on them.

According to Cuban, the “hard part” of making it rain with NFTs is figuring out how to move them closer to the origination of the ticket purchase, which will take some time.

Cuban’s plan to boost the Mavericks’ ticket revenue with NFTs isn’t his first shot in the NFT game.

As such, the entrepreneur is continuously dropping dimes in the market. Cuban already made a strategic investment in the NFT data aggregator platform CryptoSlam and started building an online gallery for NFT collectors where they can display their most admired tokens.

The coming season looks good for NFTs, how will the Mavericks do?