Despite a strong rebound in both price and sentiment, the Bitcoin market is grappling with the lowest real trade volumes seen since April last year, as reported by Forbes.

Bitcoin posted a convincing bull rally Friday morning, seemingly ending a weeks-long consolidation that had taken BTC down to $6,900. The recovery appears to have been driven by a collection of buy orders resting below the $7,000-mark, characterized by a rapid spike in open interest on both the CME and Bakkt futures contracts.

On the surface, the market looks to be in recovery mode. The Crypto Fear & Greed Index has climbed back up from the bouts of “extreme fear” seen in November and December and is now hovering just below neutral.

Bulls seem to have found solace in the news that the United States could be headed into another military conflict with Iran, prospectively sending fearful investors flocking to safe-haven assets like Bitcoin.

Tensions between USA and Iran are escalating fast after a very long equity market rally. This could be a turning point for Bitcoin as investors turn to non correlated assets.

And all throughout 2019, the number-one crypto by market capitalization continued to set record after record in fundamental metrics like rates of ownership, transaction growth, transaction volume, and hash rate.

While all of this is highly encouraging for Bitcoin’s long-term prospects, sinking levels of volume and volatility could cast uncertainty over the conviction of the coin’s latest uptrend.

CoinMarketCap has recorded steady growth in Bitcoin volumes over the last 24 months, and yet several research outfits claim the bulk of this data is inaccurate.

In May 2019, digital asset manager Bitwise published a report that dismissed the methods used by CMC and claimed up to 95 percent of the platform’s volume is “fake,” stating:

“Despite its widespread use, the CoinMarketCap.com data is wrong. It includes a large amount of fake and/or non-economic trading volume, thereby giving a fundamentally mistaken impression of the true size and nature of the bitcoin market.”

In contrast, Arcane Research extrapolated data from Bitwise’s “real volume” feed and found that spot volumes are now down about 90 percent from June 2019, when Bitcoin made its high for the year ($13,800).

Volatility has recently been lethargic, which could also indicate a low likelihood Bitcoin’s latest rally will be long-lasting. Volatility is at its lowest in nearly ten months, after having dropped by nearly 50 percent in the last few days of December (this can likely be attributed to an absence of institutional traders during the holiday season).

With both volume and volatility having dried up, it is difficult to evaluate Bitcoin’s current trend with any certainty. A healthy rally should be accompanied by an increase in both of these metrics.

Periods of low volatility have traditionally attracted institutional investors to the over-the-counter market, however — widely estimated to be triple the volume of the global Bitcoin spot market — this action will not be represented in the Bitwise findings. 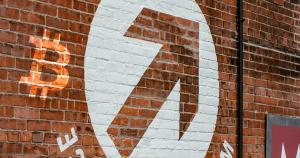 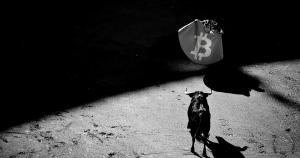 CoinMarketCap provides financial metrics and graphs for all cryptocurrencies found on coinmarketcap.com. This app is only available on the App Store for iOS devices. Learn More ➛