The crash of Terra’s UST mean that US regulators could work faster to establish some framework for stablecoins. 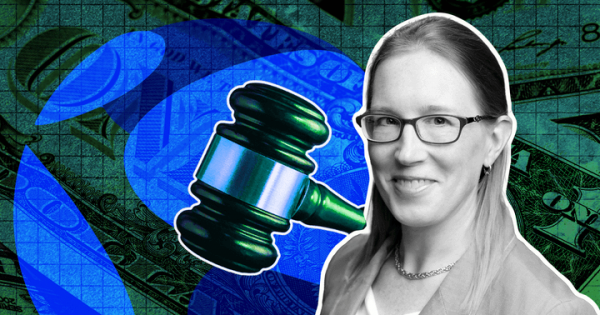 Pro-crypto commissioner of the Securities and Exchange Commission (SEC) Hester Peirce, popularly known as crypto mom, said there might be some developments towards stablecoin regulation soon, according to a Reuters report.

Pierce commented on the development at an online debate organized by the London-based Official Monetary and Financial Institutions Forum (OMFIF) policy think tank.

Stablecoin regulation is near

Speaking on crypto supervision, Pierce said stablecoins would likely be the first sector to be regulated in light of the UST crash. She said:

“That’s [stablecoins] an area that has obviously this week gotten a lot of attention.”

There has been a lot of attention on stablecoins lately following the crash of the high-flying Terra ecosystem. This week’s events mean that U.S. regulators could work faster to establish some framework for stablecoins.

There are different potential options for approaching stablecoins…and with experimentation, we need to allow room for there to be a failure,” she said.

However, there are fears that such regulations would worsen the crypto sector and stifle innovation. SEC chairman Gary Gensler considers crypto and stablecoins threats to the money markets and banking sector.

In one of the interviews he granted last year, Gensler previously described stablecoins as poker chips in the “wild west” of the crypto industry.

Treasury Secretary Janet Yellen also hinted about working towards stricter regulations after the crash of UST. In an appearance before the senate banking committee this week, she said that the current state of events in the crypto sector proves there’s a need for regulations in the space.

International Organization of Securities Commissions (IOSCO) Chairperson Ashley Alder said there is a need for a global group to establish crypto rules. In addition, the International Monetary Fund (IMF) has repeatedly maintained that there was a need for uniform regulation of the industry around the world.

The ripple effect of the UST crash is still evident in the market, especially among stablecoins where several of them have de-pegged following the crash, including Tether’s USDT.