Privacy & possession in crypto: The story of non-custodial protocols

Big tech firms are the worst violators of privacy and are probably worse than authoritarian regimes. Because of this, we often misplace the blame on technological innovation. However, in doing so, we miss a crucial point—technology, in itself, is neutral. 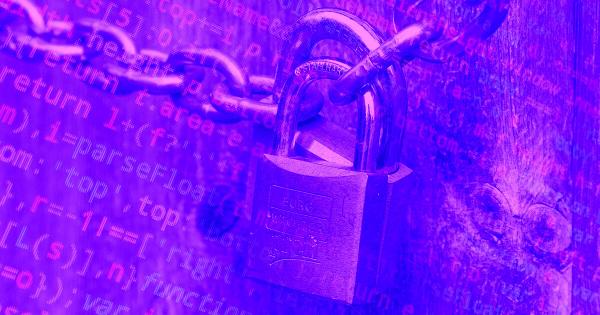 No private keys, no crypto. Individuals in the crypto domain often strive to be their own bank. There is good reason for them to do so, considering the gradual rise of surveillance states and big tech companies.

Because traditional finance is centralized and debt-driven, it has manifested persistent issues and shortcomings, particularly concerning financial access. Besides excluding the global unbanked population, financial institutions can block or censor the individual’s access to their assets.

One simple act of non-compliance and your bank account is seized forever with all its assets but without proper explanation. That is not to argue against legitimate regulations, though, as their necessity for fair systems is too apparent. The problem is the arbitrary will typical of traditional finance, where the absolute power lies with central authorities. And we all know that absolute power corrupts absolutely.

Now, it’s tempting to think that it couldn’t get worse, but the situation has deteriorated in the past two decades. To say that it’s the inevitable flip side of digitization is too simplistic and superficial. The opponent—a more extensive economic logic—is defining and enforcing the game’s rules, setting a very hard difficulty level. According to Shoshana Zuboff, ‘surveillance capitalism’ characterizes the current digital era of free online applications and services.

Institutional profit mongers and authoritarian regimes are trading in human futures. Leveraging our financial and behavioral data as raw material, they are building automated prediction models. In turn, these can manipulate our choices through targeted advertising and so on.

Probably most people don’t realize this, but the implications threaten the foundation of modern civilizations and free markets. Instead of fair competition, the invisible hands are sustaining monopolies and oligarchies at the cost of individuals.

Some people have ‘nothing to hide’ apparently, and so they don’t care about privacy. It’s ironic how the most intelligent race on earth can also be the most naive. Besides rationality and self-consciousness, the sense of privacy is what separates humans from other animals. Only humans have a personal realm to their existence.

From mating in private to nurturing our thoughts and feelings, this is manifested in diverse aspects of our lives. Privacy is an evolutionary outcome and a mark of civilization; it is integral to humanity’s essence. Therefore, to deny privacy is to return to savagery.

For our purpose, we focus on financial and data privacy. The demand for privacy in finance is not a defense mechanism of criminals or defaulters. Contrary to such authoritarian propaganda, it is a fundamental human right.

As rampant surveillance and manipulation are becoming the norm, privacy becomes all the more important for individuals. Our personal information is among the primary resources for the globally expanding data analytics market, predicted to surpass $130 billion by 2026. The monetization of data is rampant but not in favor of the individual, who is the actual owner. Resistance is only natural.

Big tech firms are the worst violators of privacy and are probably worse than authoritarian regimes. Because of this, we often misplace the blame on technological innovation. However, in doing so, we miss a crucial point—technology, in itself, is neutral.

How we use the available technology makes it good or bad. In the hands of big tech companies, technology has exacerbated the threat to privacy. But we must not forget that our most potent privacy protection tools are also the outcome of technological innovation. Bitcoin awoke us to this reality by combining public-key cryptography, proof-of-work, and distributed ledger (blockchain) to build a decentralized, peer-to-peer network.

Ethereum followed suit, and today, we have an entire range of decentralized, privacy-prioritized solutions in finance. For instance, Zero-Knowledge Proofs and Confidential Transactions enable us to verify financial transactions without revealing their content.

Remember the first sentence of this article? Possession of assets is an essential factor for privacy and financial freedom. Besides the intermediated model, traditional finance is problematic because it retains complete control over the individual’s assets. We don’t have much say in how the bank uses the money in our savings account. Opaque processes are typical of centralized finance and facilitate the infringement of privacy and access.

By employing decentralized technologies wisely and with the right intention, we can resolve the crisis of traditional finance. To realize the domain’s full potential, individuals must have complete control over their assets and data at all times. However, this doesn’t restrict interoperability or curtail the scope for data sharing.

Rather than calling for silos, we must speak for collaborative ecosystems. The sharing of assets and data should be voluntary and not coercive—the basis of financial agency and freedom.

The principles of privacy and possession are fundamental to Decentralized Finance (DeFi). Notwithstanding, there are several custodial protocols in the domain, which undermines its potential despite ensuring user-friendliness. Indeed, there was a time when only techies could access the non-custodial and truly decentralized protocols. Primarily, this was due to complex UX and UIs, but the scenario has changed now.

The evolution of Ethereum has significantly eased the development of decentralized, non-custodial applications. Developers are now able to build robust and diverse protocols that enable privacy-prioritized and user-control financial access.

Uniswap, for instance, allows ordinary users to access swaps for secure, decentralized, and non-custodial asset trading. Despite accessing deep liquidity, individuals retain their crypto assets (and their private keys) in their wallets. The protocol also automates the pricing mechanism, thereby eliminating the risks of manipulation.

Finally, the domain is marching forward in its journey towards an individual-centric future. The next generation of decentralized solutions, such as Matic and QuickSwap Exchange, further enhances the existing ecosystems.

In parallel to humanity’s general evolution, decentralized systems are increasingly putting the considerations of privacy and possession at their center. They are on track to become the norm in finance, sooner or later.

Sameep Singhania is the Co-Founder at QuickSwap, a UniSwap DEX clone utilizing the most adopted Ethereum Layer 2 scaling solution: Polygon Network. QuickSwap is known for its lightning-fast speeds with near-zero transaction fees. You can follow QuickSwap on Twitter @QuickswapDEX