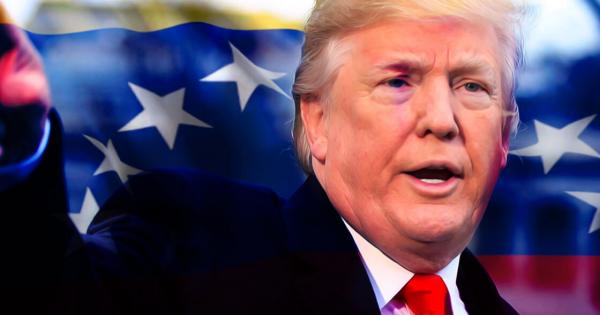 Donald Trump is the first sitting United States President to place a ban on a cryptocurrency. The White House announced on Monday that Trump issued an executive order banning all transactions of any digital currency issued by, or related to, the Venezuelan government.

In a televised address on December 3, 2017, Venezuelan President Nicolás Maduro announced Petro, a centralized cryptocurrency funded by the Venezuelan government, backed by their oil and mineral reserves. Maduro also said roughly 100 million tokens would be issued — estimated to be worth around $6 billion. The token launched in February 2018.

Venezuela’s economy is collapsing under enormous debt, inflation, and recent US sanctions.  With millions struggling to obtain food and medicine, it is difficult to see how the creation of a cryptocurrency will aid Venezuela’s economic crisis. It seems as though the token was created as a ploy to evade US sanctions.

“All transactions related to, provision of financing for, and other dealings in, by a United States person or within the United States, any digital currency, digital coin, or digital token, that was issued by, for, or on behalf of the Government of Venezuela on or after January 9, 2018, are prohibited as of the effective date of this order.”

Is The White House Cracking Down on Crypto?

After the first crypto related ban from The White House, some fear more will follow – however, this is probably not the case. The Petro ban has more to do with politics than cryptocurrency.

Relations between the two countries plunged to an all-time low after sanctions were imposed against the Venezuelan government due to abuses during the 2014-2015 Venezuelan protests. Trump’s executive order was signed to enforce these preexisting sanctions.

The White House had this to say regarding the decision:

“[the decision was] in light of recent actions taken by the Maduro regime to attempt to circumvent U.S. sanctions by issuing a digital currency in a process that Venezuela’s democratically elected National Assembly has denounced as unlawful.”

It is clear that the Venezuelan government created the token to evade economic sanctions. They claim the token was made to benefit the people of Venezuela – however, it is difficult to see the validity of this claim. Millions of Venezuela’s citizens still cannot even afford three meals per day. If the government created Petro to benefit its people, why not airdrop the tokens to the citizens of the country?

The Petro is a means of illegal oil futures, and the United States government took action – not to stifle the cryptocurrency market, but rather to uphold its political standing.