President Bukele of El Salvador has predicted that Bitcoin price would finally reach $100k and that the asset would enjoy more adoption. 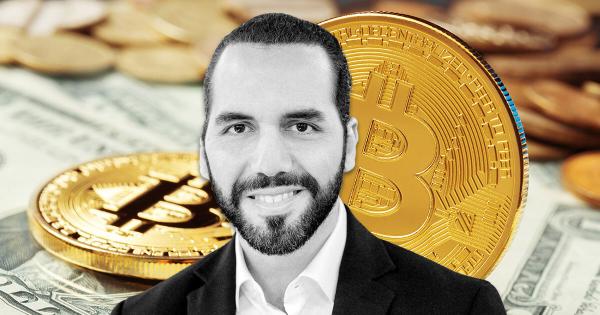 Last year, El Salvador sent a ripple wave through the crypto community when it announced the adoption of the flagship digital asset as a legal tender within its jurisdiction.

Since then, the Central American country’s president has been widely hailed by the crypto community as a revolutionist due to his pro-crypto stance, which has won him many friends in the industry.

President Nayib Bukele, on January 2, made several positive predictions for Bitcoin, stating his belief that the asset would not only enjoy more adoption from countries across the world, but we could also see its value reach as high as $100k before the end of this year.

Not only that, but President Bukele also went on to predict that the highly anticipated development of the country’s Bitcoin city would commence this year and that the crypto-asset would be a major talking point in the elections of the United States.

You would recall that we reported that legislators in the United States have become increasingly interested in how digital assets like Bitcoin and the crypto industry generally could affect the country’s economy. This has led to them calling a number of hearings where they have sought the opinion of experts in the space.

Also, President Bukele’s price prediction for Bitcoin corroborates several widespread projections for the coin, as many analysts envisaged that the asset would be worth as much as $100k before the end of 2021. While the asset was unable to breach that level throughout the previous year, many have shifted focus to this new year and have predicted that BTC could finally reach six figures in this year.

Like we stated earlier, El Salvador became the first country to embrace Bitcoin as a legal tender in the world. While its decision has been hailed by the crypto community, leading financial organizations like the International Monetary Fund (IMF) have raised concerns about the impact of this decision on the country’s economy.

However, despite these concerns, El Salvador has continued to push on with its crypto agenda. As of press time, the Central American country has purchased over 1300 units of Bitcoin, with the president revealing that the gains made from the purchase have been reinvested into infrastructure projects.

Apart from that, El Salvador also revealed its intention to build the first Bitcoin city in the world powered by a volcano and that residents of this city would only pay VAT as tax. According to available information, the funding for the city would be majorly driven through Bitcoin-backed bonds.

It should be noted that despite all of the positives attached to the country’s adoption, some citizens have raised concerns over the country’s handling of its crypto purchases plus issues over its official Bitcoin wallet, Chivo.