Polygon network is raising its gas fees to 30 Gwei in order to combat spam transactions. 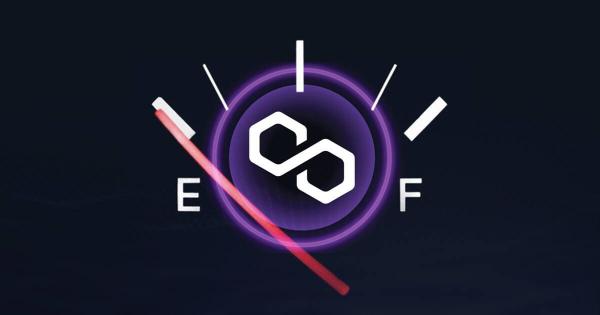 Image by PublicDomainPictures from Pixabay

Polygon network would be raising its network fees from one Gwei to 30 Gwei in an attempt to curb spam transactions on its ecosystem. This was revealed by the co-founder of the network, Sandeep Nailwal, in a forum post.

With the rise in its adoption, the network could be more susceptible to spam transactions which could have a debilitating effect on its users in the long run. Already, Polygon has experienced one such spam attack in July of this year when one trader was spotted sending himself 0 Matic repeatedly while expending minimal amounts of gas.

By raising the gas fees for each transaction, cases of the aforementioned spam attack would become much more difficult. However, members of the Polygon community might begin to question how “decentralized” the network is after its team of developers arbitrarily raised the gas fees.

It is important to note that Polygon’s transaction fee was going to inadvertently rise especially as the network is beginning to enjoy a massive adoption from the wider crypto community who depend on it for its scaling solution as well as its cheap transaction fees.

Earlier in the week, the number of active users on its platform usurped that of Ethereum for the first — an indication that it is becoming more popular amongst the crypto community.

Polygon is the latest crypto blockchain to dabble into the growing non-fungible sector space. Considering the level of success it has seen in its gaming community, the network launched a new department, Polygon Studios, which would be saddled with positioning the ecosystem as the go-to platform for developers on Web 3.

On October 4, Polygon announced that the popular NFT marketplace, OpenSea, had integrated its PoS into its system with the goal of “providing users with faster and cheaper transactions.”

One of the biggest accounting firms opts for the Layer-2 scaling solution due to high fees associated with transacting on the Ethereum mainnet.

The founding member of the biggest DEX on Polygon shared his thoughts on sustainability of Layer-2 solutions, as he addressed the controversial EIP-1559 upgrade.

Polygon and Binance Smart Chain emerged as the most popular solutions alongside Ethereum for DeFi applications and products.