According to analysts, Polkadot has emerged as a major competitor to Ethereum in 2020. 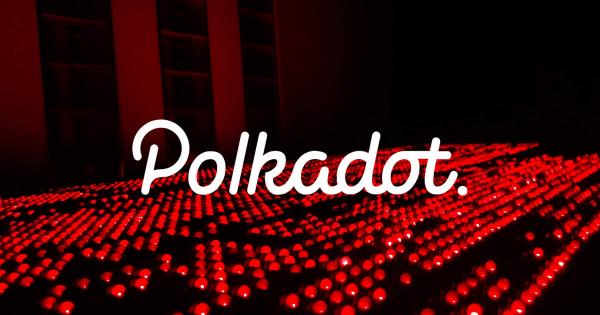 Photo by Teymur Nasirli on Unsplash

According to analysts, Polkadot has emerged as a major competitor to Ethereum in 2020. Following the explosive decentralized finance (DeFi) cycle from July to September, the demand for high-capacity smart contracts protocols has increased.

Naturally, discussions on which blockchain networks could realistically compete against Ethereum over the long run started to emerge.

How could Polkadot compete against Ethereum?

Polkadot and Cosmos have always been at the forefront of the discussions, given some of their similarities with Ethereum.

Polkadot, in particular, has a similar conceptual infrastructure design as ETH 2.0. They both divide their blockchain networks into many sub-pieces so that verifying transactions could become more efficient.

Ashwath Balakrishnan, an analyst at Delphi Digital, said that under ETH 2.0, the Ethereum blockchain gets “divided into 64 pieces.” These pieces are called shards, which connect to one another using the Beacon Chain.

This system, called sharding, can theoretically optimize how Ethereum processes information. Rather than an entire community going through every piece of information together, a designated community or validator verifies data on every shard.

Balakrishnan pinpointed that Polkadot’s Relay Chain is conceptually similar to the Beacon Chain. He explained:

“Polkadot’s Relay Chain is similar to the Beacon Chain, creating the infrastructure for blockchains built with Substrate to seamlessly connect to Polkadot. These independent blockchain are called ‘parachains.’”

Since Ethereum and Polkadot approach scaling by dividing their blockchains into many pieces, the two protocols share an uncanny similarity. In terms of infrastructure and technology, these two protocols would likely be in direct competition over the long term.

But, Balakrishnan said that there is some skepticism towards Polkadot as well. Albeit Polkadot’s technology remains compelling, the analyst said the protocol’s early-phase on-chain governance system and the impending ETH 2.0 remain as roadblocks.

The largest roadblock to Polkadot would likely be ETH 2.0

The ETH 2.0 mainnet is expected to launch in December if the ETH2 deposits hit the 524,288 ETH threshold.

If ETH 2.0 launches, Balakrishnan said that developers would be left with a dilemma. They would have to choose between remaining on Ethereum with ETH 2.0 or migrating to an entirely new protocol that is Polkadot. He said:

“DOT’s design is elegant and hits scalability issues really well. But there are some question marks First, on-chain gov is unproven and young. Decred and Tezos have been pushing on-chain gov for a while, and they haven’t been as successful as supporters imagined. Second, Polkadot’s app layer is a recreation of Ethereum. With scalability improvements coming to Ethereum via L2s and ETH 2.0, it remains to be seen if there’s a genuine catalyst for builders to fully migrate or even create a mirrored instance of their protocols on Polkadot.”

For the growth of the broader smart contracts and DeFi ecosystem, the emergence of a proper competitor against Ethereum remains a net positive development.