AnubisDAO, a new DeFi project that launched last Thursday in a bid to capitalize on the dog-meme crypto craze, lost 13,556K Ethereum (ETH), worth roughly $60 million. 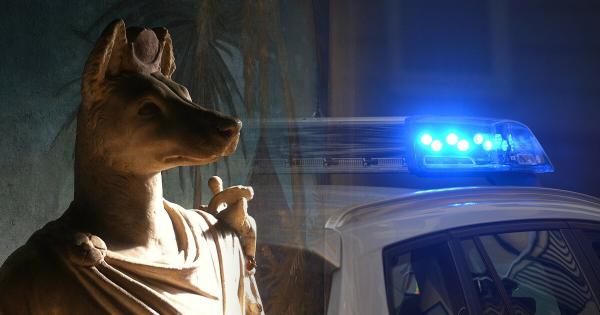 Launched last week, in the midst of the “dog-coin” surge, AnubisDAO lost control of the project’s liquidity pool, as $60 million of investors’ funds got drained in what appears to be another rug pull incident.

Following the accusations, both Hong Kong and US law enforcement got involved, while the suspect developer claimed to have fallen victim to a phishing attack.

What happened to the $60 million?

Marketed as a fork of OlympusDAO, the project launched its ANKH token sale on the Copper crowdfunding platform on Thursday.

It instantly attracted investors and raised $60 million, but shortly after, the funds got drained from the project’s liquidity pool.

Following the theft of the funds on Friday, accusations of rug pulling flooded Twitter.

According to one of the leaders in the DAO, who goes by the name Sisyphus, the critical mistake was giving full control of the liquidity pool to a single developer.

Hong Kong law enforcement were contacted shortly after it became obvious that the same wallet that created the Copper launch, removed the liquidity.

Meanwhile, the suspect developer, who goes by the name Beerus, claimed to have opened a malicious link from a PDF, exposing the private keys used for the project’s liquidity bootstrapping pool (LBP) launch.

“The alleged PDF phishing attack drained all the Anubis funds but Beerus personal wallet funds are intact and under his control,” according to Sisyphus.

“With a high degree of certainty I can say the Anubis rug probably was not a phishing attack,” said Sisyphus on Twitter, adding that he believes one of his team members went rogue.

Relying on the law enforcement

“Over the course of Friday, Beerus’s real-world information is collated from a large number of sources and partially released to the public online through several Twitter channels,” added Sisyphus, mentioning that in the meantime, the suspect developer went to the Hong Kong police and filed a police report, while turning over one PC unit.

On Saturday, several US law enforcement agencies were made aware of the theft, assured Sisyphus on Twitter, who in the meantime, offered a 1000 Ethereum (ETH) bounty for the stolen funds out of his own pocket.

In lieu of a case number which can be released to the public (hopefully this is available tomorrow), please see below for confirmation I am actually in touch with authorities https://t.co/jCgOwaq129

“I expect the path forward from here will be driven by law enforcement given that the attacker has not yet returned funds despite ETH bounty,” he concluded, hoping that the authorities will see the matter through.