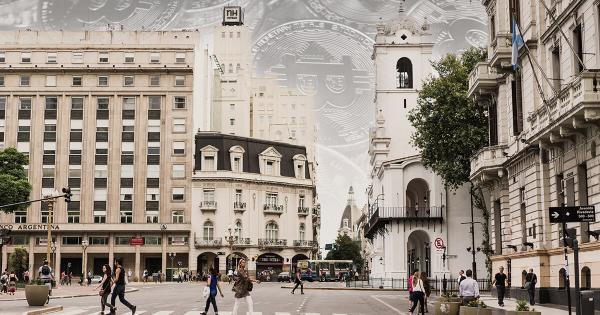 In the heart of an economic crisis, ultra-low utility costs are enabling Argentinians to bank on mining Bitcoin (BTC) as foreign miners head for their piece of the electricity cake, local reports said.

Not only locals are taking advantage of the situation as Bitfarms, a Canadian Bitcoin mining company, announced it is opening a new mining facility in the country.

Devaluations, defaults, hyperinflation, foreign-exchange controls, and a pinch of ultra-cheap electricity proved to be the basic ingredients for boosting local mining operations.

“Even after Bitcoin’s price correction, the cost of electricity for anyone mining from their house is still a fraction of the total revenue generated,” said Nicolas Bourbon, a miner from Buenos Aires, in a note to Bloomberg.

As capital controls limit individuals to legally convert merely $200 per month, the inflation is racing at roughly 50% annually, fueling the demand for any store of value. Panic for hedging into non-peso assets keeps pushing the value of Bitcoin in unofficial markets, only adding to the plethora of reasons to mine crypto.

Bitfarms secured a deal to tap directly into a local power plant, enabling them to draw 210 megawatts of natural gas-powered electricity.

“The proposed new mining facility is in very close proximity to the utility, and, as such, the electricity contract does not involve any interconnection with the local power grid, which has the advantage that electricity cannot be curtailed during times of unusually high usage,” according to Bitfarms’ announcement.

Thus far, the company has a diversified production platform with five facilities located in Québec, each of them 100% powered by environmentally-friendly hydropower.

“We were looking for places that have overbuilt their electrical generation systems. Economic activity in Argentina is down, and power is not being fully utilized. So it was a win-win situation,” said the company’s president, Geoffrey Morphy.

The initial term of Bitfarms’ contract in Argentina is eight years, while during the first four years, the effective cost of the electricity will be a bargain of $0.022 per kilowatt-hour.