Square, Inc, Pantera Capital, and Digital Currency Group announced a $14 million Series A financing round into Transparent Systems, a Seattle-based startup with similar ambitions to Ripple. 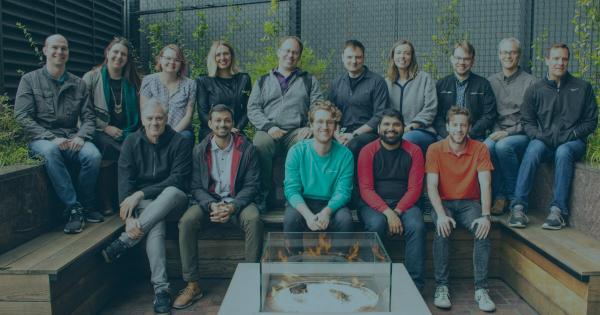 Square, Inc, Pantera Capital, and Digital Currency Group announced a $14 million Series A financing round into Transparent Systems, a Seattle-based startup with similar ambitions to Ripple. This is in addition to the $8 million in seed financing Transparent Systems received from Vulcan Capital in July 2018.

Transparent Systems said it wants to compete with ACH and other existing payment networks by settling real-time payments using the blockchain.

Ripple has taken a hybrid route by targeting both consumers and financial institutions. XRP, the cryptocurrency Ripple’s blockchain platforms use, is publicly tradeable and usable by individual users.

“Swift said not that long ago they didn’t see blockchain as a solution to correspondent banking. We’ve got well over 100 of their customers saying they disagree.”

The most recent high profile partnership with MoneyGram of Ripple, for instance, uses XRP to send remittance payments to and from Mexico. It opens up the XRP market for both institutions and consumers.

Transparent Systems, based on the current vision of its CEO Alex Fowler, has no plans to launch or operate a cryptocurrency. Its objective is to use the blockchain to create a payment network for financial institutions in the U.S. to fill the gap of highly inefficient settlement networks, like ACH.

“If we think about how fragmented the financial infrastructure is within the United States, we have all kinds of counterparties and financial service providers and payment rails that are all layered into a very complex payment landscape. New innovations in financial services and payments have to be able to work within that legacy but also look for opportunities to provide new capabilities and that’s really where we’re focused.”

Simply put, if Ripple is trying to solve inefficiencies in global payments through a public blockchain network and a cryptocurrency, Transparent Systems is setting up a private blockchain network targeted primarily at institutions.

In that regard, Transparent Systems could theoretically enter the blockchain payments market and co-exist with Ripple by serving an entirely new market.

The challenge that is present to the startup is whether the company will be able to secure the network effect by deploying its system across many regions and institutions. Ripple was able to establish a strong footing in Asia in countries like Japan and South Korea with its partnership with a major financial conglomerate in SBI Holdings.

For any payment or settlement network to work efficiently, the network effect is as important as the underlying technology. For a new startup entering the blockchain payment scene, this remains as the most crucial problem to solve.

Draper Goren Holm to lead the seed round for LunarCRUSH