OKEx launches a decentralized exchange and the OKChain Testnet; can it compete with Binance? Ali Martinez · 2 years ago · 2 min read
News › OKEx › Analysis

OKEx launches a decentralized exchange and the OKChain Testnet; can it compete with Binance?

OKEx announced the launch of its own blockchain and a decentralized exchange. 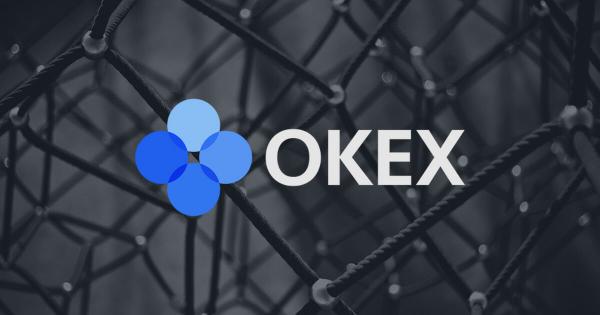 OKEx announced the launch of its own blockchain and a decentralized exchange. Following the announcement, the firm’s native token, OKB, surged by nearly 40 percent.

OKChain and OKDEx are now live

In a recent tweet, Malta-based cryptocurrency exchange OKEx revealed that the OKChain testnet is now live. This is a decentralized blockchain that is designed to be the foundation for large-scale driven commercial applications.

According to OKEx CEO Jay Hao, OKChain was built to help the unbanked by providing them with “basic financial services” to achieve “financial inclusion.”

“We have observed that there is still about 69 percent of the global population, around 1.7 billion people, unbanked. This is a great misplacement of resources in legacy finance. So, we hope OKChain will become a financial infrastructure for the unbanked… This is the first change we want to make with OKChain.”

Additionally, OKEx announced the introduction of its own decentralized exchange, dubbed OKDEx. This is the first decentralized application to launch on top of the OKChain protocol. It provides users the ability of self-custody in a decentralized trading environment to ensure assets security.

“[OKDEx] enables different industry players to participate in crypto trading with full on-chain transparency. It also allows users to have control over their assets and manage them freely.”

The firm also revealed that in the future users will be able to launch their own cryptocurrencies and decentralized exchanges on the OKChain network. This blockchain will support the release of DiFi applications, smart contracts, and Bitcoin cross-chain applications.

The introduction of OKChain and OKDEx seems to have sparked interest among investors in the company’s native cryptocurrency. In fact, OKB went from trading at a low of $3.94 before the announcement to a high of $5.56 a few hours later. This represents a nearly 40 percent price increase.

A further spike in demand for this cryptocurrency could take in to the next level of resistance presented by the 127.2 percent Fibonacci retracement level. This price barrier is currently sitting at $6.60.

Nevertheless, a spike in sell orders from the current price levels could trigger a correction. On its way down, OKB could find support around the 78.6 and 61.8 percent Fibonacci retracement level. These levels of support sit at $4.73 and $4.10, respectively.

OKEx is making significant strides to increase the utility of its native cryptocurrency, OKB. With the introduction of OKChain and OKDEx, the firm puts in check one of its main competitors, Binance. Now that both crypto exchanges offer similar products, time will tell whether OKEx will be able to attract some of the retail users that Binance has been able to capture with its Binance Chain, Binance Coin, Launchpad, and decentralized exchange.