Economist Nouriel Roubini made headlines throughout the past two weeks for his condemnation of the cryptomarket and mischaracterization of high profile developers, entrepreneurs, and builders in the space.

Economist Nouriel Roubini made headlines throughout the past two weeks for his condemnation of the cryptomarket and mischaracterization of high profile developers, entrepreneurs, and builders in the space.

His overly aggressive attacks, which many considered to be out of character including Bollinger Bands creator John Bollinger, were bizarrely based on false information that was relatively simple to refute with readily available and public data.

What triggered @Nouriel? That is a shameful stream of hate speech, filth and bile coming from a well-educated professor.

For instance, Roubini pushed a narrative that claimed a Starbucks latte will cost $63 if paying with Bitcoin because a Bitcoin transaction fee is $60. In reality, the transaction fee of Bitcoin is below $0.1, which is common knowledge and verifiable to the public on the blockchain.

Max Keiser, a host at RT, respected cryptocurrency investor, and alum of the prestigious New York University said that fellow alumni are trying to prevent Roubini from continuing to demonstrate the unjustifiable aggressive behavior towards crypto in public.

“Many at NYU are in touch with Nouriel Roubini trying to get him to shut up. He’s known as a rage-aholic, egomaniacal, windbag. Students are really complaining. It’s becoming an issue with alumni fund-raisers like myself.”

Keiser added that he has opened discussions with the NYU board to control the behavior of Roubini, as it has started to affect fundraising initiatives of the institution.

As an active NYU alumni it pains me to see @nouriel act like such a horse’s ass. I’m in touch with the NYU board now, asking if they can get this embarrassing rage-aholic to control himself. It’s hurting student morale. https://t.co/S6kr0vHTke

The absurdity of Roubini’s baseless criticism on cryptocurrency does not end with his aggressive behavior. He has continuously launched personal attacks on public figures in the cryptocurrency sector.

On Oct. 17, Roubini claimed Ari Paul, the co-founder of Blocktower and a prominent cryptocurrency investor, supported price manipulation when Paul simply offered a statement that wash trading is not equivalent to conducting ponzi schemes.

“Leading crypto guru defending price manipulation in the form of Wash Trading. These sleazebags talking their book and defending manipulation have no shame whatsoever.”

“This is pretty funny. Dr. Doom has created 4 threads today linking to random tweets or videos from me trying to make me look stupid. Ironically, I’ve written tons of stupid things, and made plenty of bad trades, but his 4 examples are all opposite of what he’s hoping for.”

The fundamental basis of the studies led by economists like Roubini is that fiat currency such as the U.S. dollar and Chinese yuan will always remain as the base currency of the global financial ecosystem. Hence, to Roubini, crypto in itself could be considered as a threat towards the current structure of the international economy.

“Cybersecurity breaches and cyberattacks on critical financial infrastructure represent an additional source of risk because they could undermine cross-border payment systems and disrupt the flow of goods and services. Continued rapid growth of crypto assets could create new vulnerabilities in the international financial system.”

The possibility of crypto performing as well as it did in the past few years led Yale economist Aleh Tsyvinski to write:

As former Goldman Sachs CEO Lloyd Blankfein said cryptocurrencies could become the natural progression from cash to digital money, as the U.S. moved on from the gold standard to the fiat system in the 1980s. In a period in which bankers and executives in the traditional finance sector are pondering the potential impact of crypto on global finance, the absolute certainty of Roubini that crypto will fail is rather peculiar. 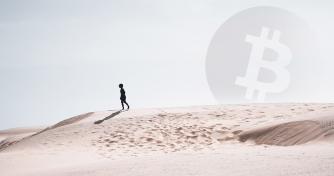 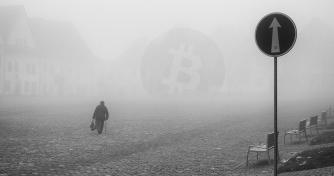 Nouriel Roubini is a professor of economics at New York University’s Stern School of Business.