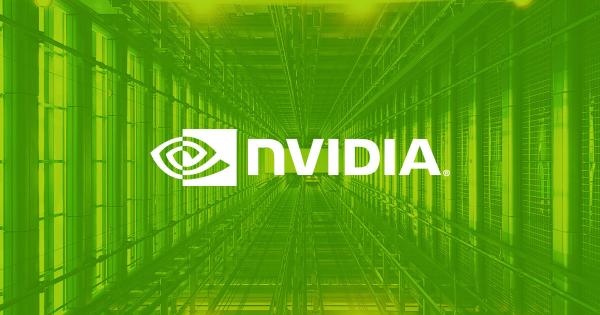 The chipmaker was overwhelmed by the massive use of its graphic chips by Ethereum and Bitcoin miners in 2017. But it’s prepared this time around.

Graphics chipmaker Nvidia said Thursday it will release a new series of semiconductors specifically for mining Ethereum, as per a report on Verge. The firm saw huge success with the sector back in 2017 when it claimed to have made hundreds of millions of dollars per quarter selling chips to cryptocurrency miners.

The California-based firm designs graphics processing units for the gaming and professional markets, as well as system on chip units for the mobile computing and automotive market. These are of significance to crypto miners, who utilize massive computing power to “mine” blocks on PoW networks like Ethereum and Bitcoin, in turn of “rewards.”

Nvidia was overwhelmed by the demand for its chips in 2017 when the crypto market picked up in a big way. Prices swiftly increased beyond the budget of the average gaming and P.C. enthusiast—leading to criticism from several quarters.

But this time is different for Nvidia; it’s now prepared for the upcoming bullrun. The new chip type is called CMP, or Cryptocurrency Mining Processor, and will go on sale in March, an Nvidia spokesperson said. It is the first-ever dedicated crypto mining chip released by the firm.

The firm said a chunk of the demand for its chips came from crypto miners, a segment to which it would now cater to. ″CMP products — which don’t do graphics — are sold through authorized partners and optimized for the best mining performance and efficiency,” said Matt Wuebbling, head of GeForce marketing at Nvidia.

RTX 3060 is the latest chip released by Nvidia. But until unlike previous products, this one has been modified to prevents users from using it to mine Ethereum—a move that drives demand for CMP while preventing any shortage of suppliers for gamers.

Nvidia said the software for its forthcoming GeForce RTX 3060 card will limit how efficiently it can process #Ethereum transactions by about 50%.https://t.co/CeDe02da4b #fintech #blockchain #cryptocurrency pic.twitter.com/BSsxk1kyZp

Nvidia enjoyed a record year in 2017 after the crypto mining sector picked up. CEO Jensen Huang said at the time, “cryptocurrency and blockchain are here to stay. The market need for it is going to grow, and over time it will become quite large.”

What happened instead was a three-year bear market, one that caused Nvidia’s chips to be collecting dust on shelves and excessive supply marking a problem for distributors and retailers. The company somehow wadded out of those waters at the time.

It seems to be now prepared for the crypto demand, however.

Over 1% of Ethereum’s circulating supply is now locked up on the project’s new beacon chain, just one week after its launch.