If you were in the crypto space between 2017 and 2018, you likely remember the trend of so-called “cryptojacking” — the act (some would say it’s more of an “art”) of hijacking computer systems, from cell phones to beefy desktop computers, to mine cryptocurrencies. 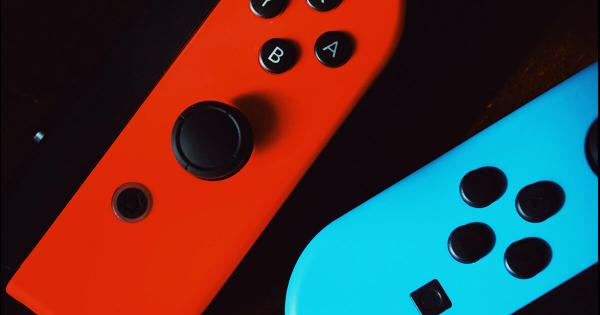 If you were in the crypto space between 2017 and 2018, you likely remember the trend of so-called “cryptojacking” — the act (some would say it’s more of an “art”) of hijacking computer systems, from cell phones to beefy desktop computers, to mine cryptocurrencies.

The payload was often delivered through malicious trojan files, disguised on websites, browser extensions, and files, and managed to infect thousands of devices, mining millions of dollars worth of Monero in the process.

But since its peak, cryptojacking has died out, becoming but a shell of its former self as antivirus applications have caught up with times.

At least until the other day, when rumors cropped up on the web that the Nintendo Switch installment of Cooking Mama: Cookstar — a recent iteration of the famous cooking video game series — was mining “Crypto currency” on the devices of gamers. These rumors were in response to the game crashing and overheating devices, according to some early users.

What didn’t help was the game’s publisher pulled the game without explanation from Nintendo’s eShop, adding so much speed to the rumor mill that one tweet accusing the game of harboring a crypto miner garnered over 20,000 likes in under 24 hours.

But is it true?

According to an Apr. 6 report from ScreenRant, a developer of the Cooking Mama team dismissed the rumors, explaining that “there is no way” crypto-mining software could make it through the tests that both Nintendo and Sony purportedly subjected the game to.

The anonymous developer then confirmed that the instability around the software is related to the fact that software was made in Unity and by “many people working on their first game.”

The team doubled down on this in their own comment, explaining that while Planet Entertainment (the game’s publisher) “explored blockchain technology and cryptocurrency tokens,” there was no attempt to ever implement such technology into any of their titles, let alone Cookstar:

At Planet Entertainment, we explored both blockchain technology and cryptocurrency tokens. We looked at these options as a means to allow players to trade in-game assets. However, we only explored the theory behind the concept, not the implementation.

Unfortunately, it’s easy to see why some accused the game of crypto-mining: the game’s publisher explained in a press release dated February 2019 that Cookstar would be the first “game to integrate blockchain technology on major consoles.”

Though, as ScreenRant’s source said, that release was “all buzzwords.”

It doesn’t even add up

But even if you don’t believe the developers, running a crypto miner on a Switch would make no sense — the ARM-based processors included on these devices are painfully slow by crypto mining standards, and would probably yield not much more than a few cents a day even if the devices were turned on and connected to the internet at all times.

Case in point, the Cortex-A53 and A57 cards included on Nintendo’s flagship device have been used in devices as powerful as Amazon’s 2016 tablets, which while not half-bad for reading books, aren’t known to be hashing powerhouses.

Just to contextualize this further, here are some theoretical numbers accentuating the absurdity of the claims of hidden crypto-mining:

Plus, is there even a way to deploy a malicious payload on a Switch through Nintendo’s included OS?

You can “run Bitcoin” on the Switch… really

Although there is no evidence suggesting this Nintendo Switch game could mine cryptocurrency as a background process, some clever hackers have managed to figure out how to run Bitcoin.

Self-proclaimed Blockstream spy “Cypherm0nk” in June last year shared the below image, showing that he managed to load Ubuntu onto his Switch, then downloaded version 0.1.0 of Bitcoin Core (the software).

It isn’t clear what came of this project, but it’s safe to say that Cypherm0nk probably isn’t storing his satoshis on his Switch or mining. Let’s hope not anyway.