No, Paraguay is NOT legalizing Bitcoin, Congressman confirms

News of the asset getting legalized in Paraguay made waves in the crypto space earlier this month. But the actual development is somewhat different. 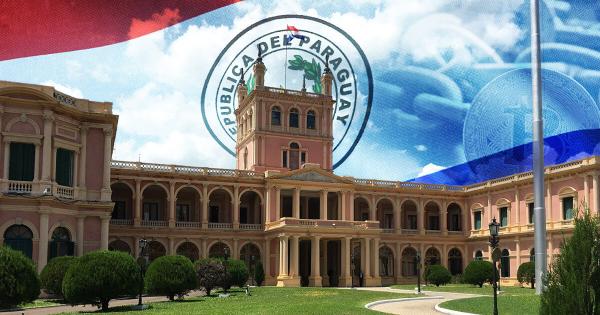 A Paraguay official changed course on what was an unprecedented development in crypto circles: That of the Latin American country legalizing Bitcoin as legal tender on the back of a similar move in nearby El Salvador.

But the sentiment has now proven short-lived as Carlos Rejala, a Paraguayan congressman rectified the statement in an interview with Reuters over the weekend.

El Salvador legalized Bitcoin last month in a now-historic move, becoming the first, and only, country in the world to lawfully accept BTC for the exchange of products and services rendered to citizens.

President Nayib Bukele urged fellow ministers from Latin America to come up with their own iterations of a possible Bitcoin bill, one that moves away from centralized state currencies and towards decentralized alternatives like Bitcoin.

And countries did follow. Officials from Columbia, Mexico, Paraguay have, in the past few weeks, voiced their own intent of a Bitcoin and crypto law, one that would purportedly make the asset recognized as legal tender in their own countries.

But Paraguay’s Rejala isn’t biting into that: “It is a bill of digital assets and it differs from that of El Salvador because they are taking it as legal currency and in Paraguay, it will be impossible to do something like that,” he said, putting to rest rumors of the country making its own inroads in the legal Bitcoin space.

The statement is a near 180-degree turn from a tweet that implied otherwise earlier this month. “This is Paraguay. July we legislate! #Bitcoin,” he stated then.

This is Paraguay ?? July we legislate! #Bitcoin https://t.co/4e4wH7uDrl

Rejala, 39, leads a political party with just four seats in Congress. He intends to present a crypto regulation bill on July 14 and has confirmed working on three drafts as of today.

And it’s a bill he is confident of, “We want the regulators and banks to also participate so that Paraguayans or foreigners can operate with these assets legally because we know that illegal transactions exist here and in other countries,” he said, adding Paraguay wanted to be a “crypto-friendly country.”

Still a win for crypto books if you were to ask.