NFTs will empower musicians to take back control 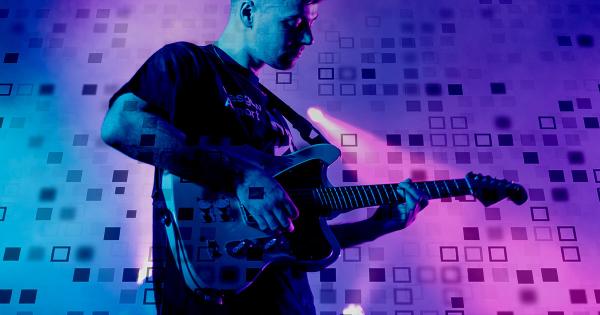 This surge in NFT sales can partly be attributed to the increased demand for crypto art and collectables. According to Fortunly, there were more than 11 million NFT art sales over the whole of last year. In fact, 2021 even saw Christie’s and Sotheby’s host their own NFT art auctions – which is credited with driving contemporary art sales to an all-time high.

But the latest artform which is purchasable as an NFT is music. NFT assets are either digital or physical, with blockchain technology being used to create a record of ownership. Given that NFTs can be coded so that royalty payments are made directly to musicians, with a reduced dependency on intermediaries, it is no wonder that NFTs are set to revolutionise the music industry.

The artist becomes the priority

For many recording artists, the involvement of third parties such as. record labels, management agencies, and streaming platforms only leave them with about 16% of the earnings. When this is considered alongside the high levels of music piracy and copyright abuse that take place, musicians can often find themselves struggling financially.

However, using NFTs gives musicians the option to continue creating and recording music, with the blockchain acting as a record of immutable ownership. Tokenised music gives control back to the artist, the transparent and automated royalty arrangements eliminate the potential for fraud.

Cutting out the middle-men from the picture offers financial benefits for lesser-known artists. According to Business Insider, platforms like Spotify only deliver royalties of $3,000 to $5,000 per million streams. Turning to NFTs also makes multiple streams of revenue available to musicians, with opportunities to sell other merchandise directly to fans such as clothing, concert tickets, CDs, vinyl records, and so on.

With the immutable record of ownership that comes with using NFTs, artists can continue to release and share their music as usual, with the reassurance that they will personally receive the royalties. Concert tickets can also be tokenised, using smart-contract enabled NFTs that are imbedded into tickets – helping to avoid the risk of fraudulent resales and black-market ticket dumps.

Another benefit of tokenised music is that listeners have the opportunity to invest in a partial share of song rights. The increased playback of songs gives listeners access to some of the royalty earnings. Projects such as Opulous are creating NFT marketplaces dedicated to music, where fans and investors can trade fractionalised shares of individual songs.

Therefore, connections between musicians and their fanbase are ultimately strengthened, as listeners and fans can directly participate in furthering the careers of their favourite artists.

The democratisation of music through NFTs goes further than the songs. At the beginning of 2021, Kings of Leon became the first band to release an album, When You See Yourself, as a series of NFTs. Since then, they have been able to sell exclusive album artwork and a limited edition version to fans. The Rolling Stones have also offered rare collectables and unique fan experiences in the form of NFTs.

Music venues and festivals have also profited immensely from the boom of NFTs. For example, Coachella festival recently released a series of “Coachella Collectibles” – giving fans access to art prints, photo books, digital collectables, and even the like of lifetime passes. With an array of exclusive opportunities, NFTs are providing new ways for artists and music venues to connect with communities.

By bringing fans together to form stronger communities and creating a direct link between artists and audiences without relying on any intermediaries, NFTs are permanently changing the music industry for the better, for musicians and fans alike. While a lot of the focus has been on the flashy, high-priced items and the famous artists who have been quick to jump on the trend, the adoption of tokenised music will benefit the lesser-known artists the most, creating a more democratised and transparent space.