The National Aeronautics and Space Administration (NASA) in conjunction with the University of Akron (UA) has just initiated a new research program that will see the two scientific powerhouses come-together to implement Ethereum-based blockchain technology for the purposes of space communication and navigation. 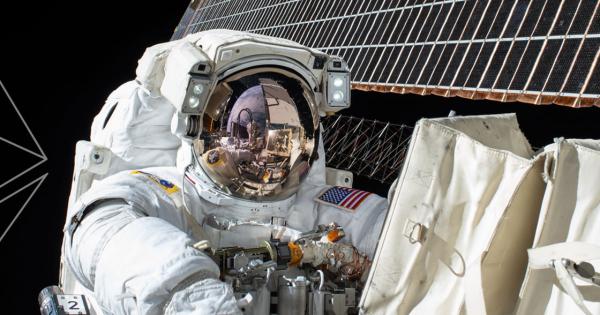 The National Aeronautics and Space Administration (NASA) in conjunction with the University of Akron (UA) has just initiated a new research program that will see the two scientific powerhouses come-together to implement Ethereum-based blockchain technology for the purposes of space communication and navigation.

With blockchain already being implemented within various unique scientific and industrial domains, this latest announcement firmly cements its position as being one of the most innovative digital breakthroughs of the 21st century.

As per a post published on the official UA website, it was revealed that a faculty member from their Electrical and Computer Engineering department, Jin Kocsis, received a grant in excess of $330,000 for her research on the topic of “Resilient Networking and Computing Paradigm (RNCP)”.

Kocsis mentioned that this new project envisions the creation of a technology that will allow spacecrafts to not only become more efficient while in orbit but to also collect/transmit more data in a seamless manner.

She went on to add that the technology will provide scientists and researchers with the ability to  “foreshadow and respond to environmental threats” in a timely manner, thereby preventing many avoidable disasters.

In an official blog post, Kocsis was noted as saying:

“With this project, we will exploit (the power of) Ethereum-based blockchain technology to develop a decentralized, secure, and cognitive networking and computing infrastructure for deep space exploration. The blockchain consensus protocols will be further explored to improve the resilience of the infrastructure.”

Similarly, Thomas Kacpura, Communications Program Manager at NASA’s Glenn Research Center, said that this ongoing project is a “first of its kind” and that blockchain has immense potential within the domain of space-navigation.

In a recent interview he mentioned:

“This latest effort would support decentralized processing amongst NASA space network nodes in a secure fashion, resulting in a more responsive, resilient scalable network that can integrate current and future networks in a consistent manner. It is expected that this project will contribute towards the next generation of space networks, and will allow for the tech transition of these algorithms for commercial systems (to take place even more smoothly)”.

With blockchain gaining more and more traction within the scientific community at large, this latest use-case is just a glimpse of what is to come in the future.