MyCrypto, one of the most popular Ethereum and ERC20 token wallets created by the co-creator of MyEtherWallet, heavily criticized Chinese cryptocurrency exchange FCoin for congesting the Ethereum blockchain network with insignificant transactions. 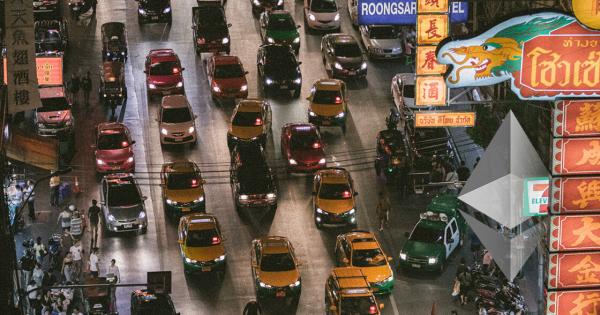 Photo by Jakob Owens on Unsplash

MyCrypto, one of the most popular Ethereum and ERC20 token wallets created by the co-creator of MyEtherWallet, heavily criticized Chinese cryptocurrency exchange FCoin for congesting the Ethereum blockchain network with insignificant transactions.

FCoin, a cryptocurrency exchange created by former Huobi CEO, debuted in early 2018 with an unusual business model for listing tokens. Instead of a rigorous verification process by scrutinizing tokens, their background, teams, developer/user activity, FCoin gives users authority over which tokens can be listed on the platform.

Unlike decentralized digital asset trading platforms like IDEX and Bancor, FCoin is a centralized exchange that manages user funds and private keys. Hence, it can easily conduct internal polls within its users and investors– similar to Binance’s strategy of adding community coin of the month to decide which tokens get listed on the exchange.

However, rather than a practical method of achieving consensus amongst users, the exchange will perform airdrops– a process of distributing tokens to specific user groups, allowing their authority over the token selection.

Essentially, for a token to be listed on FCoin,  blockchain project developers are required to dispense the project tokens to each user on the FCoin exchange. This results in a mass distribution of transactions to hundreds of thousands of users, thereby facilitating as many on-chain transactions on the Ethereum network.

FCoin’s airdrops congested the Ethereum network by funneling millions of unnecessary transactions into the Ethereum main chain. In turn, decentralized application (dApp) developers and respected blockchain projects began criticizing the controversial business mode of FCoin, which performs similarly to a Rube Goldberg machine in that it goes through a series of processes completely unnecessary to reach its goal.

3/ Basically, they want their users to "vote" for tokens to be listed. Instead of a traditional voting mechanism (like, I dunno, a fucking poll on their fucking exchange?!) they have decided to vote via "cumulative deposit number ranking"

7/ One of the tokens that was listed is not a legitimate token. I don't mean that it's a shit-token (that's expected).

The token is literally a scam-token capitalizing on the symbol of a real, highly-anticipated token that recently ICO'd but hasn't distributed yet.

A significant portion of initial coin offerings (ICOs) and blockchain projects in the cryptocurrency sector end-up being fraudulent, on the verge of collapse. But, a few projects like 0x and Zilliqa along with developers led by Ethereum creator Vitalik Buterin are allocating tremendous effort and resources to improve the ecosystem and scalability of the Ethereum network.

Regardless of the efforts of innovative projects, inadequate conduct of projects such as FCoin is sufficient to negatively impact a nascent ecosystem with technology amidst exponential growth.

Currently, Buterin and other Ethereum developers are working towards achieving a million transactions per second through the implementation of Sharding and Plasma. But, full integration of the two technologies could take months to years, as developers solve unprecedented cryptographic problems while executing sophisticated solutions onto the Ethereum network.

Until proper scaling is resolved, the community and projects within it should put forth effort into reducing the burden on the main chain as failing to do results in continuous congestion.