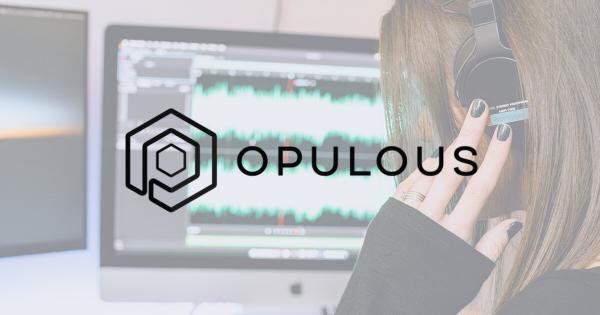 Photo by Kelly Sikkema on Unsplash

While many still think the use cases of NFTs are tied to rare images, one project, since the beginning of September has been making inroads into the tokenization of the music industry and even made an exponential growth of over 1000% within the space of a month.

The project, Opulous (OPUL), is focused on how musical artists can use their musical rights as assets in DeFi. According to its website, the “groundbreaking NFTs will generate monthly royalty revenue and increase in value as an artist’s career progresses.”

Towards the end of September, the value of OPUL, the native token of the project, had crashed to as low as $0.635 before it began its dramatic rise to a new ATH of $7.60 on November 15. Not only that, its trading volume also witnessed a 564% surge to over $24 million.

Available information shows that the sale of the first-ever NFT on Opulous partially accounts for the dramatic surge seen in OPUL price a few days ago.

The protocol recently launched its Security NFT(S-NFT) sale in partnership with artists like Lil Pump and Soulja Boy who sold their song “Mona Lisa” as a S-NFT and reached its maximum target of $500,000 within a few hours.

Our S-NFT sale of 'Mona Lisa' by @lilpump & @souljaboy has now finished, so we've rounded up all the key information you'll need 🙌

The said NFT was created as a special token in partnership with the Republic to represent fans’ investments in artists’ songs. Once Republic has performed all of its responsibilities,  contributors can mint the S-NFT tokens on the Opulous website. Wallets holding S-NFTs would then be able to receive royalty from the artists’ song views on all platforms quarterly in USDC.

Conclusively, one cannot but tie the rise of Opulous to the continued popularity of NFTs in recent times. A look at Google keyword search action would reveal that the search for “NFT” surpasses keywords like Dogecoin, Blockchain, and Ethereum.