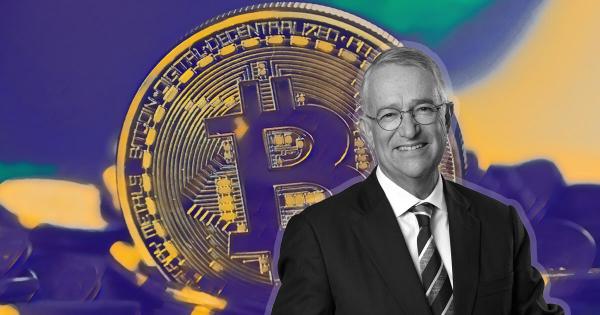 Image by MichaelWuensch from Pixabay

Pliego revealed last year he holds 10 percent of his liquid assets in the leading cryptocurrency. Around this time, he posted a video showing piles of Venezuelan bolivars thrown in the trash with the caption, “This is inflationary expropriation!”

This year has seen a flood of high profile figures come forward in support of the number one cryptocurrency. While Musk is arguably the most recognized figure to do so, a slew of others has also joined in.

Carolina Panthers offensive tackle Russell Okung went full Bitcoin at the end of January with a tweet stream commenting on the benefits of holding it. He also added Bitcoin to his Twitter bio and called on his followers to do the same.

Everyone, put #Bitcoin in your bio.

Plant the flag to declare you’re ready for the future.

Send me a screenshot so I know it’s real.

But Mexico’s third-richest person has now belatedly joined in with the movement. Ricardo Salinas Pliego is ranked 171st richest in the world by Forbes. He has an estimated net worth of $13.7 billion.

Even despite his vast fortune, Pliego has demonstrated his concerns over the pursuit of reckless monetary policy.

Musk in hot water with SEC over tweets

Tesla announced last week the purchase of $1.5 billion worth of Bitcoin. In the run-up preceding the announcement, the Tesla CEO was active on Twitter posting about Dogecoin and Bitcoin.

One such incident, in which he added #Bitcoin to his Twitter bio, resulted in a near $8k upswing in price. The “Elon candle,” as it is known, drew criticism from several observers, including Nouriel Roubini, who accused Musk of market manipulation.

“It would not be surprising—given the focus on the chief executive’s tweets, bitcoin pricing and recent dramatic market moves—for the SEC to ask questions about the facts and circumstances here.”

Musk is no stranger to SEC sanctions. They previously sued him over his tweets on taking Tesla private, which they said violated securities law.

He has since removed any mention of Bitcoin from his Twitter profile.