Meta to take another stab at crypto, this time with Zuck Bucks Samuel Wan · 3 months ago · 2 min read
Metaverse

Meta to take another stab at crypto, this time with Zuck Bucks

It seems Meta is determined to launch a virtual currency, even despite the panning received by its previous attempt. 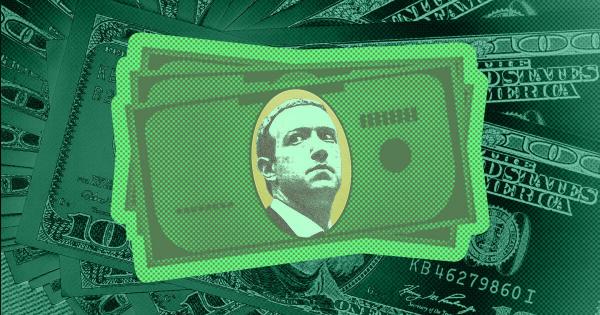 Meta’s attempt to bring crypto to the masses failed. Some liken the circumstances of Diem’s end to death by a thousand cuts in that it was long, drawn-out, and tortuous.

But rumors are that Meta’s founder Mark Zuckerberg isn’t ready to give up just yet. The FT was first to report the development of a new virtual currency, with staff working on the project calling it Zuck Bucks.

The term Zuck Bucks is a play (from a monetary perspective) on the meme “Zucked,” which refers to being screwed over by Mark Zuckerberg in some capacity.

At this early stage, it’s difficult to tell whether the staffers who coined the name are geniuses or foolish.

Diem officially ended its operations in late January following the $200 million buy-out of the company’s assets by Silvergate Bank.

The bank was already a Diem partner and Silvergate CEO Alan Lane said the acquisition of the assets, which included key engineering staff, would bolster their own stablecoin offering coming later this year.

News that Meta was launching a cryptocurrency first broke in the summer of 2019, under the name Libra. But given its association with the social media giant, the project was a hard sell from the get-go.

What was peculiar about Libra/Diem was the widespread condemnation from users and authorities alike. Users, generally speaking, disliked the potential privacy implications and centralization aspect, while authorities had issues with Meta holding monetary influence.

Even so, Gemini exchange co-founder Cameron Winklevoss saw the potential in what Meta was trying to achieve. He said there’s room for everyone, enough to be frenemies.

“There’s so much pie to grow, I mean, at this point, we need to be frenemies.”

Being an early stages project, details about Zuck Bucks are thin on the ground at the moment. However, it’s said that it won’t be a cryptocurrency. Instead, it will be an “in-app” virtual currency along the lines of Robux in the Roblox game.

“Instead, Meta is leaning towards introducing in-app tokens that would be centrally controlled by the company, similar to those used in gaming apps such as the Robux currency in popular children’s game Roblox,”

Robux has no interoperability with other virtual networks/currencies, and restrictions are in place over “Cash Outs” back to fiat, including no more than once a month.

Putting two and two together, it’s entirely feasible that Zuck Bucks would be the native currency of Meta’s Metaverse. Watch this space.