International financial authority Financial Action Task Force (FATF) is expected to collaborate with Japan, the second largest cryptocurrency market behind the US, to introduce unified cryptocurrency regulations in the upcoming months. 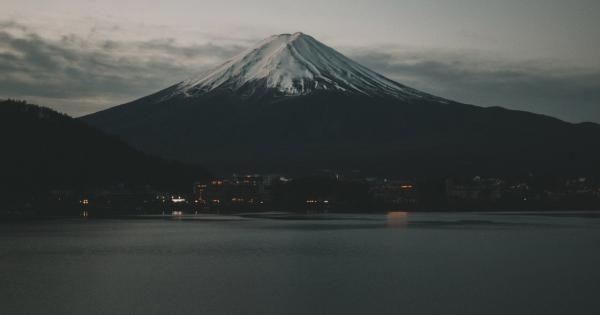 International financial authority Financial Action Task Force (FATF) is expected to collaborate with Japan, the second largest cryptocurrency market behind the US, to introduce unified cryptocurrency regulations in the upcoming months.

Last month, the Japanese Financial Services Agency (FSA) encouraged leading economies in the G20 to adopt unified policies regarding cryptocurrency exchanges and investors, primarily concerned by the increasing usage of anonymous cryptocurrencies including Zcash, Dash, and Monero by criminal groups.

On May 14, Japan’s most influential and oldest newspaper Mainichi Shimbun reported that organized crime syndicates in Japan known as the Yakuza, which co-exist with the Japanese government and police legally due to its deep roots in Japan’s history dating back to 1600, has been utilizing the three anonymous cryptocurrencies mentioned above to launder money generated by its illicit drug operations.

An undercover investigation conducted by Mainichi Shimbun revealed that one crime syndicate within the Yakuza laundered more than 29.85 billion yen since 2016, worth around $273 million, by initiating hundreds of transactions on Japan’s widely utilized cryptocurrency exchanges.

In response, a spokesperson of the FSA stated:

“It should be seriously discussed as to whether any registered cryptocurrency exchange should be allowed to use such currencies. It’s a typical money laundering scheme. In a way, I’m not surprised. If you are going to do something illegal, then everyone knows to use the ‘three anonymous siblings.’”

The official further emphasized that the Japanese government alone cannot limit the usage of anonymous cryptocurrencies by large-scale crime syndicates and proposed G20 countries to collaborate with each other to implement unified cryptocurrency regulations.

“It’s nearly impossible for Japan to handle the problem alone. Even if trade is restricted to only domestic transfers or monitoring is enhanced, it’s still not enough to counter money laundering. It would be best if all the group of 20 industrial and emerging nations and regions (G20) would take the same steps toward prevention.”

This week, Financial Action Task Force (FATF) has revealed that it intends to begin discussions on binding cryptocurrency regulations pertaining to digital asset exchanges to ensure that every exchange that operates in leading markets like Japan, South Korea, the US, and Europe comply with international regulations.

FATF, which oversees 37 countries established by the G7 which includes Canada, France, Germany, Italy, Japan, the United Kingdom, and the United States, account for more than 62% of the global net wealth. As such, if the FATF does come to a consensus to implement unified cryptocurrency regulations, it is likely that all 37 countries governed by FATF will impose identical regulations.

Already, Japan has a licensing program in place for cryptocurrency exchanges, and the South Korean government has announced its plans to regulate cryptocurrency trading platforms similarly to banks, offering licenses to platforms that are in compliance with local financial regulations.

Reuters reported that the Japanese financial authorities have expressed optimism in cooperating with governments in Europe and the US, and are preparing to bind cryptocurrency regulations in the upcoming months to urgently address increasing cases of hacking attacks, security breaches, money laundering, and Know Your Customer (KYC) issues.

Earlier this month, as CryptoSlate reported, Coinrail, a minor cryptocurrency exchange in South Korea, was hacked, leading to the loss of more than $40 million in user funds.

Local analysts attributed the hack to the exchange’s reluctance to comply with local regulations on IT infrastructure and security, due to the high cost of obtaining an approval from the country’s cybersecurity authority and the company’s focus on aggressive business expansion.

Analysts and local authorities in Japan believe that unified regulations could lead to a drastic decline in the number of digital asset trading platform hacking attacks and cases of money laundering in the long run.