US-based cryptocurrency exchange Coinbase officially announced an expansion into the booming Japanese cryptocurrency market with the launch of a new Japan office. 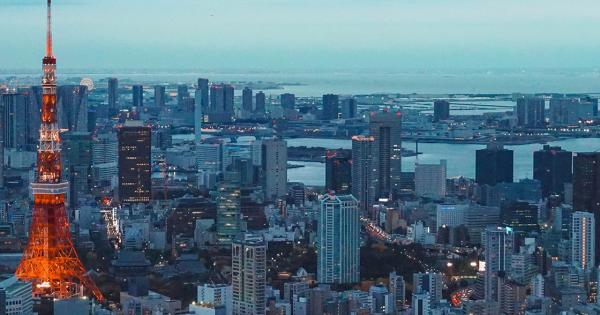 Photo by Louie Martinez on Unsplash

US-based cryptocurrency exchange Coinbase officially announced an expansion into the booming Japanese cryptocurrency market with the launch of a new Japan office.

Announced on June 4, a new office in Japan will be spearheaded by Japanese fintech leader Nao Kitazawa. The new Coinbase office will provide Japanese cryptocurrency investors access to the suite of Coinbase products.

We're excited to announce that Coinbase is coming to Japan! ??

Coinbase, one of the most popular online cryptocurrency platforms is available across 32 countries, with over 20 million customers generating over $1 billion in revenue. According to recent statistics from the Japanese Financial Services Agency, the Japanese market would expose Coinbase to 3.5 million additional cryptocurrency investors.

Data gathered from 17 different Japan-based cryptocurrency exchanges demonstrates that monthly Bitcoin trading volume in the country is valued at more than $97 billion, with over 14% of some 4,700 survey respondents stating that they actively invest in and hold cryptocurrencies.

The information revealed in the FSA report demonstrated the value of the Japanese market to Coinbase. It also highlights the launch of a new initiative by the FSA intended to establish transparency in the cryptocurrency market subsequent to the recent Coincheck hack that saw over half a billion USD worth of NEM stolen from the Japanese exchange.

Five Japan-based cryptocurrency exchanges have closed subsequent to the enforcement of the new legislation, with Raimu, bitExpress, Bit Station, Tokyo Gateway, and Mr. Exchange all shutting down due to increasing regulatory oversight.

More recently, international exchange HitBTC terminated services to customers in Japan, announcing on the platform’s legal information page that users with Japanese IP addresses are now required to provide KYC data to prove they are not Japanese residents

With Japan’s recent ban on privacy-focused cryptocurrencies coming into effect on June 18, Monero, DASH and Zcash will all be unavailable in the Japanese market. Coinbase doesn’t currently list any privacy-focused cryptos, however, and appears to be working closely with the FSA to ensure the Japanese iteration of the platform is compliant at launch:

“Upon our business registration with the FSA, Coinbase services available to Japanese customers will be provided with Japanese language translations for ease of use. We look forward to sharing more about our plans for Japan soon.”

The announcement of the Coinbase Japan office is the culmination a lengthy process that began in 2016 when the platform raised over $10 million from both the Mitsubishi UFG Financial Group and the Bank of Tokyo-Mitsubishi UFJ. Japan, one of the most crypto-friendly countries in the world, is a key target for Coinbase.