The leak came from an unnamed staffer of Senator Cynthia Lummis' office and revealed that every U.S. crypto exchange and Binance are under investigation. 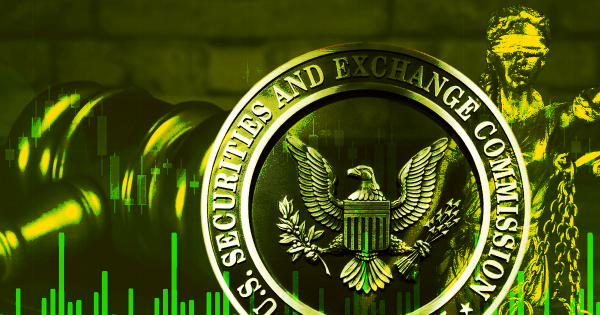 A leak has revealed that the SEC is investigating not just Coinbase but all U.S.-based crypto exchanges and the world’s largest exchange by volume, Binance, Forbes reported on August 5.

The leak came from an unnamed staffer at U.S. Senator Cynthia Lummis’ office, who revealed the affected exchanges are “at various stages” of investigation.

On July 26, the SEC publically announced it had opened an investigation on Coinbase over allegations that it listed unregistered securities as part of its product offerings.

Days before the announcement, the company’s Chief Legal Officer Paul Grewal made a blog post stating:

“Coinbase does not list securities on its platform. Period.”

Is crypto classified as a security or commodity?

Recently, the Commodity Futures Trading Commission (CFTC) has expressed interest in expanding its jurisdiction to cover crypto markets — a move seemingly approved by several exchanges, including FTX, whose CEO Sam Bankman-Fried was actively lobbying for this to happen.

On August 3, the Senate Agriculture Committee, which manages the CFTC, introduced a bill to grant the agency “exclusive jurisdiction over the digital commodities spot market.”

The Digital Commodities Consumer Protection Act of 2022 will create a framework designed to regulate “digital commodities,” but would exclude tokens determined to be “digital securities.”

Senator John Boozman said the digital asset industry is currently governed “by a patchwork of regulations at the state level,” which he deemed inadequate to protect consumers from fraud.

During an interview with CNBC in May, CFTC Chair Rostin Behnam called for every cryptocurrency to be designated either a commodity or security. He claimed that Bitcoin and Ether are commodities and should fall under his agency’s jurisdiction.

Based on several case actions — most notably the SEC vs. Ripple — the securities watchdog has racked up a negative reputation in the crypto industry.

In a tweet from August 2021, Ripple CEO Brad Garlinghouse blasted the SEC’s governing of digital assets, which he characterized as “regulation by enforcement” of impossible to achieve standards.

“The SEC’s lawsuit isn’t just about Ripple, it’s about what ‘…impossible standards of fair notice and due process’ through regulation by enforcement can do to crypto innovation. ‘Anyone could be next without warning.'”

According to the staffer, the SEC is keen to “resolve its dispute with the CFTC over crypto jurisdiction.” Failure to straighten the issue internally would result in Congress getting involved, which would likely favor the CFTC.

Forbes claimed that many U.S exchanges are likely to have already received a notice of action by the SEC.