Behnam says the crypto market has hundreds, if not thousands, of security coins, but there are plenty of commodity coins. 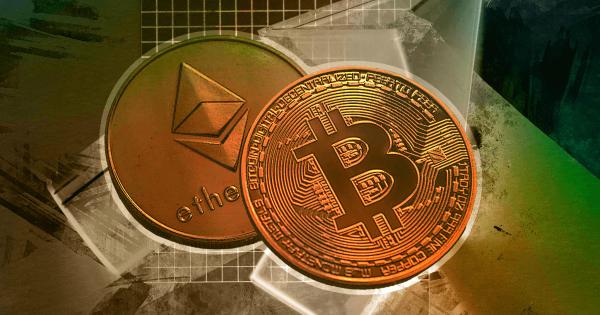 Rostin Behnam, the Chair of the Commodity Futures Trading Commission (CFTC), claimed Bitcoin (BTC) and Ethereum (ETH) are commodities. He said this during an interview with CNBC’s Squawk Box on Monday.

Referring to a Senate bill that seeks to give the Securities Exchange Commission (SEC) control over a large chunk of the crypto market, leaving the CFTC with far less control, Behnam said this matter is an age-old issue between the two agencies.

According to Behnam, the CFTC and the SEC have had a great relationship over the years, and they continue to communicate and work together. He added that both entities have a lot of common registrants. However, Behnam believes it makes sense for the CFTC to regulate commodities and the SEC to regulate securities.

He further noted that the sphere of digital assets, which contains thousands of tokens, naturally features some commodities and securities. To this end, the CFTC Chair said it makes sense to parse through both asset types to determine which tokens qualify as securities or commodities.

Behnam acknowledged that sorting through the crypto market to distinguish securities from commodities will be complex. According to him, the novelty of some coins and the technology they leverage would mean checking what constitutes a security or commodities under traditional securities and commodities laws.

Plenty of cryptos qualify as commodities

Although Behnam accepted there are hundreds if not thousands of security coins, he argued that commodity coins also account for a fair share of the tokens in the crypto market. He said both regulators are only trying to do what is best.

Echoing the thoughts of SEC Chair Gary Gensler, Behnam said the crypto market does not have consumer protections. He pointed out that last week’s crash highlighted the need for such protections.

Regardless of what the narrative might be about the differences between us (CFTC) and the SEC, I think we are both like-minded in the fact that we want to regulate this thoughtfully, protect customers, protect financial stability.

This news comes after the SEC announced plans to expand its crypto team to work on improving consumer protections. Specifically, the regulators said it sought to increase the number of staff in its Crypto Assets and Cyber team of its Enforcement Division from 30 to 50.