The bank is a recent crypto convert and has a lofty long-term price target for Bitcoin. For now, however, it says the asset looks weak. 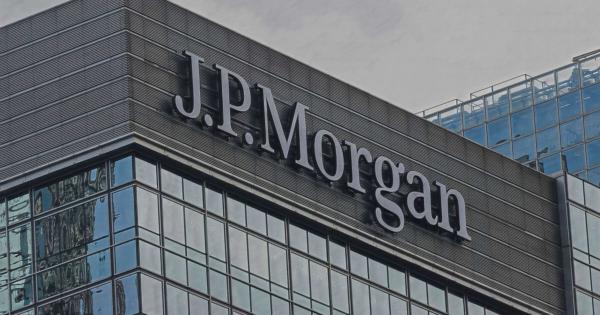 Analysts at US bank JPMorgan say the Bitcoin (BTC) market is showing signs of weakness, as per a report on financial news outlet Bloomberg.

The asset endured a nearly 10% drop over the weekend in a move that saw $10 billion in liquidations across the entire crypto market, of which $5 billion originated from Bitcoin trades alone.

Nikolaos Panigirtzoglou, the analyst, said that popular momentum signals suggest trouble ahead for traders if the world’s largest crypto asset fails to break the $60,000 level. “Momentum signals will naturally decay from here for several months, given their still-elevated level,” he noted, adding:

Bitcoin prices have risen over 1,000% since last March when the asset fell below $5,000 at one point. Strong fundamentals, greater institutional adoption, and the ‘halving’ event played their role in propelling the asset to over $64,000 earlier this month—a move that saw Bitcoin seeing a $1.1 trillion valuation for the first time ever.

But things have since slowed down and prices have turned choppy. As the below image shows, Bitcoin has ebbed and flowed in the $50,000-$60,000 price range for the better part of the past two months, building concerns among some about a possible ‘top.’

Much of the price action has, in the past year, also been led by the Bitcoin ‘futures’ market, a financial instrument that tracks BTC prices and allows traders to take on high leverage (borrowing funds from exchanges in turn of collateral) to place bigger bets.

This has led to a market that sees sudden surges, followed by a characteristic sudden drop as accounts get ‘liquidated,’ a term for the closing of trading positions when Bitcoin (or any other futures asset) reaches a predetermined ‘liquidation price.’

It’s what Panigirtzoglou points out in his analysis as well. As per the note, traditional Commodity Trading Advisers (CTAs) and crypto funds alike had reportedly put on big positions in Bitcoin futures in recent weeks.

And when the asset’s price started to chop, the highly leveraged positions were closed out, leading to prices falling downward and resulting in a cascading drop.

“Over the past few days Bitcoin futures markets experienced a steep liquidation in a similar fashion to the middle of last February, middle of last January, or the end of last November,” wrote Panigirtzoglou in the note.

He added that in the three previous instances, the overall flows into Bitcoin were strong enough to allow Bitcoin to quickly break out above key price resistances—a move exuberated by momentum traders who piled on with their positions.

And that’s a sign of caution for those at the bank:  “Whether we see a repeat of those previous episodes in the current conjuncture remains to be seen,” the note said, adding the momentum decay was ‘more advanced’ this time around and thus ‘more difficult to reverse.’