Ethereum has been on a roll lately since it continues reaching new yearly highs outperforming some of the top cryptocurrencies by market cap. 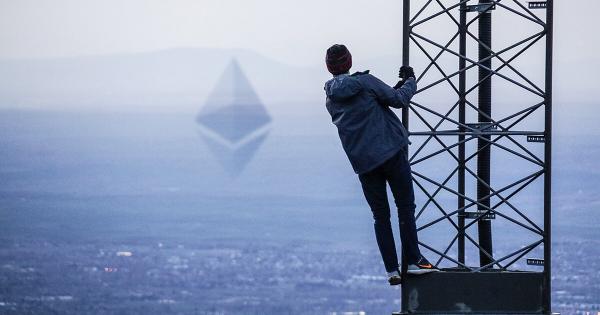 Ethereum has been on a roll lately since it continues reaching new yearly highs outperforming some of the top cryptocurrencies by market cap. Despite the bull rally seen over the last two months, some argue that ETH is still in a bear market. However, a renowned technical analyst in the crypto community maintains that Ether is bound for a further advance as the utility of its network continues growing.

Since mid-December 2019, over $10 billion have been injected into Ethereum. The substantial inflow of capital pushed the price of this cryptocurrency up over 90 percent. Ether went from trading at a low of $117 to recently hit a high of $224.

As ETH continues climbing higher, many market participants remain skeptical about its future.

James, the host of the Crypto Common Sense podcast, for instance, maintains that investors are in the denial phase of the psychological market cycle. The analyst believes that although prices seem to be rising now, sooner or later, there will be a downturn that sends the market sentiment into panic, anger, and despair before the cycle starts up once again.

“Don’t worry bears, the same people making fun of you for not recognizing this last month’s price action as an uptrend are the same clowns who refused to recognize a downtrend that lasted six months.”

Meanwhile, the host of the Coinist podcast Luke Martin eloquently suggested that investors could be in disbelief since they remain on the sidelines wondering whether the current rally would last. As more significant resistance levels are broken over time, these market participants push forward the price level that could get them to believe that a new uptrend has begun.

Regardless of the stage of the psychological market cycle in which the cryptocurrency industry is sitting at, the reality is that Ethereum is trending up. The recent break of the $200 resistance level suggests that it could be bound for a further advance, according to one of the most prominent technical analysts in the space.

Michaël van de Poppe, a full time trader based in Amsterdam, believes that Ethereum is out of the bear market. Breaking out of the recent multi-month downtrend suggests that this cryptocurrency is currently “creating a higher high, just like Bitcoin did with the $14,000 move.”

Now, Ether could be aiming to flip the $220 resistance level into support. When that happens, ETH can “aim for $360 as [the] next major resistance” or higher.

Despite his significant bullish outlook, van de Poppe argues that “things do not go up in straight lines.” As a result, the analyst expects a retest of the $193 support level. Such a bearish impulse could be seen as a healthy correction before the continuation of the bullish trend.

Based on ETH’s 9-hour chart, a retracement around the current price levels could take place very soon. At the moment, Ethereum seems to be getting rejected by the 50 percent Fibonacci retracement level.

Additionally, the TD sequential indicator is currently presenting a sell signal in the form of green nine within the same time frame. This bearish formation estimates a one to four candlestick correction or the beginning of a new downward countdown.

If the sell signal given by the TD sequential indicator is validated, Ether could plunge to the next level of support around the 38.2 percent Fibonacci retracement level. This price barrier sits at $192.70, which is also where van de Poppe believes that ETH could go.

While Ethereum looks bullish from a long-term perspective, the utility of its network is growing strong. The decentralized financial (DeFi) applications running on top of the ETH’s protocol is about to exceed $1 billion in terms of capital locked in active smart contracts, according to analytics provider DeFi Pulse.

This significant milestone represents a 360 percent increase in valued locked over the course of a year. DeFi Pulse revealed that in early February 2019 there were only $276 million locked in DeFi applications.

DeFi refers to decentralized applications providing financial services such as cryptocurrency lending, exchange, trading, derivatives products, and others. These types of applications are trying to disrupt the traditional financial system through the use of blockchain technology.

To date, Maker is the most popular DiFi application in the Ethereum ecosystem with a market share of 60 percent followed by Synthetix and Compound.

Brad Mills, the host of the Magic Internet Money podcast, argued that $1 billion locked up in DeFi applications is a “bold claim.” He pointed out that this value is calculated by pulling the total balance of Ether and ERC-20 tokens held in DeFi smart contracts and multiplying these figures by their market price. By taking into consideration that market caps are highly manipulated, Mills believes that this value could be lower.

Despite the skepticism, Gnosis product lead and researcher Eric Conner believes that the growth seen in DeFi applications is one of many elements that will drive the price of Ethereum throughout the rest of the year. Conner explained that privacy solutions on mainnet, second-layer scaling, the ETH 2.0 launch, superior monetary policy, and weak competition are other factors that could influence the success of this cryptocurrency.

Now, it remains to be seen the strides that the Ethereum Foundation will make this year to ensure that the ETH protocol is ready for global adoption. 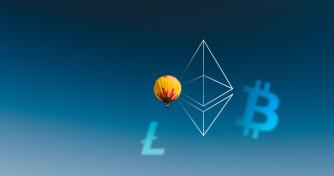 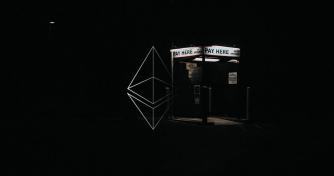 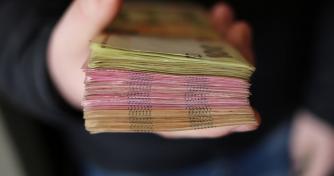 Infrastructure design for DeFi in 2020 starts with cash