Intercom co-founder jumps onto the “Bitcoin wagon,” encourages others

Eoghan McCabe, the co-founder of the software conglomerate Intercom, said he jumped onto the Bitcoin wagon. 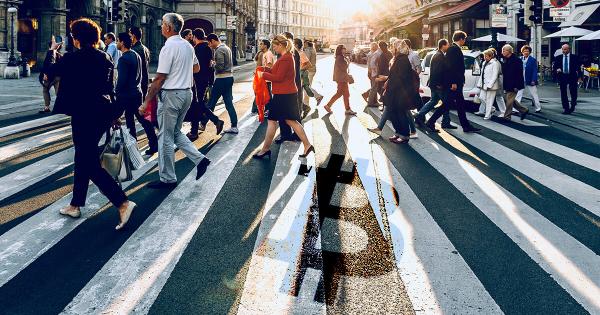 Photo by Jacek Dylag on Unsplash

Eoghan McCabe, the co-founder of the software conglomerate Intercom, said he jumped onto the Bitcoin wagon. In a tweet, McCabe encouraged others to do the same.

In recent months, the perception of Bitcoin as a store of value and a hedge against inflation has been strengthening.

The purchase of $425 million worth of Bitcoin announced by MicroStrategy in October sparked an institutional frenzy around BTC.

Since then, Square publicly invested in Bitcoin and Stanley Druckenmiller acknowledged BTC as a way to hedge against inflation.

Why is the appetite for Bitcoin starting to grow now?

There are several key reasons behind the noticeable increase in appetite for Bitcoin in the past few months.

First, the speedy recovery of Bitcoin from its crash to $3,600 in March showcased its resilience and survivability. Major investment banks, like JPMorgan, said BTC has “staying power.”

Second, the U.S. dollar has been underperforming against other reserve currencies like the Swiss franc and the Japanese yen. Particularly following the Federal Reserve’s average inflation policy, investors started to explore for more ways to hedge against inflation.

Third, the infrastructure around Bitcoin has been improving with CME, Bakkt, and Grayscale seeing significant trading activity.

The confluence of all of these factors likely has made Bitcoin more compelling for institutions. As such, on-chain analysts have said that “smart money” has been behind the ongoing rally rather than the mainstream.

“I would like to announce that after years of dabbling I’ve jumped firmly onto the #Bitcoin wagon and would now like everyone else to do the same.”

McCabe also personally responded to inquiries on whether Intercom would accept Bitcoin in the near future. He said that for big companies, it is more complex to act quickly on a founder’s idea. He said:

“Awesome! Thank you so much for using Intercom. Unfortunately the laws of physics of big companies state that there are years between the point a founder thinks something is a good idea and his company acts on said idea. Smiling face with open mouth and cold sweat But I also think Bitcoin is not a fit for us just yet.”

What’s next for BTC?

In the medium to long term, the prospect of Bitcoin remains bright. Analysts have pinpointed the likelihood of more liquidity injections from central banks as a potential catalyst for BTC.

If central banks continue to inject more capital into the markets, that would further cause reserve currencies to drop in value. When that happens, alternative stores of value, like gold and Bitcoin, could thrive.

“Expect more liquidity injections from central banks. Short term economic activity will slow again as caution returns. No view on covid, only on people’s response to it. Markets will be well supported with #GOLD and #Bitcoin continuing to benefit.”

Why a Citibank analyst is calling a $318k target for Bitcoin

Wall Street veteran Michael Novogratz held over 30,000 Bitcoin and 500,000 Ethereum at one point