Over the past few weeks, the crypto industry has been ablaze with rumors of impending regulation on self-hosted Bitcoin, Ethereum, and altcoin addresses. 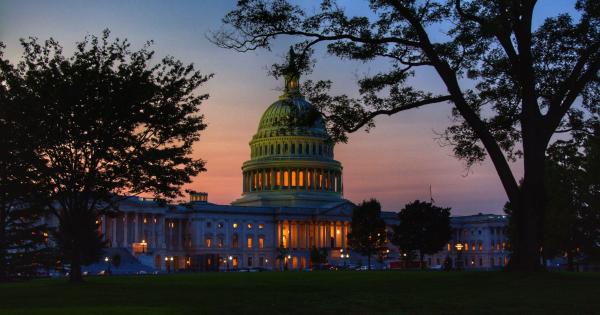 Photo by MIKE STOLL on Unsplash

Over the past few weeks, the crypto industry has been ablaze with rumors of impending regulation on self-hosted Bitcoin, Ethereum, and altcoin addresses.

The rumors began late last month when Brian Armstrong of Coinbase posted a thread on Twitter warning that the U.S. Treasury is working on a regulation that could make it hard for those without ID or those that refuse KYC to use their own wallets.

“This proposed regulation would, we think, require financial institutions like Coinbase to verify the recipient/owner of the self-hosted wallet, collecting identifying information on that party, before a withdrawal could be sent to that self-hosted wallet.”

The thread being discussed can be seen below.

Last week we heard rumors that the U.S. Treasury and Secretary Mnuchin were planning to rush out some new regulation regarding self-hosted crypto wallets before the end of his term. I'm concerned that this would have unintended side effects, and wanted to share those concerns.

This was later confirmed once again by Jeremy Allaire of Circle, who works closely with Coinbase.

Allaire posted multiple threads and made several interviews in which he stated that what Armstrong stated is correct in that there is stringent regulation on its way.

This was just confirmed once again by an incoming U.S. Senator, who said that she is actively opposing the proposed regulation that could end up stifling innovation and putting a stop to much activity in the crypto space.

Incoming Wyoming Senator Cynthia Lummis revealed on Friday morning that she has begun work on “the rumored transaction reporting rule impacting digital assets” because she thinks this is a poor move on the part of the Treasury:

“I am deeply concerned that the Treasury Department is considering a hasty rule governing self-hosted digital asset wallets and the Bank Secrecy Act. Rather than prematurely adopting a rule on this complex topic, Treasury should immediately begin a transparent process to engage with Congress and industry, building a consensus to drive America forward.”

Been doing work on the rumored transaction reporting rule impacting digital assets (currently being contemplated by Treasury) and wanted to share with you where I am: Tweet storm to follow… (1/8)

Lummis shared that she told Secretary Mnuchin that any of the actions that are rumored could damage competition in fintech with China and Russia while also reducing financial inclusion.

“A hallmark feature of digital assets, like #BTC, is the ability to conduct transactions w/out an intermediary. This promotes financial inclusion and freedom. A rule adopted at this juncture would be a solution in search of a problem. More pressing BSA-related issues exist.”

Lummis has been a supporter of Bitcoin and cryptocurrency for a while, calling BTC a viable alternative to gold. She has mentioned in multiple national television interviews why she supports the leading cryptocurrency.

Lummis is the first prominent U.S. politician or regulator to have supported crypto in recent weeks.

“The real issue is, self-hosted wallets are useful for all sorts of potential blockchain applications. So the ability to move a token without an intermediary is an essential element of true blockchain. If you look at a frictionless system, part of the Bitcoin whitepaper that made blockchain famous and growing as a technology is the ability to do something peer-to-peer. It’s a core tenet of the technology.”

SEC Commissioner Hester Peirce also recently said that she thinks it is wise to maintain some of the liberties underlying crypto and DeFi.

US regulators say they “don’t want to inhibit” DeFi development