ICON aims to design an “interconnecting blockchain network.” ICON (ICX) is engineering a solution to connect independent blockchains without the use of third-party intermediaries. This is done by connecting a community to other communities through ICON Republic and Citizen Nodes. By connecting siloed blockchains, ICON aims to become the “largest” network of blockchains in existence.

ICX, the project’s token, is currently ranked 43rd by market capitalization at $116 million. Each ICX, at the time of writing, is trading for $0.245 per token. According to Track ICO, the project raised $42.75 million through its ICO at an offer price of $0.11 per token.

On Jan. 17th, ICON announced the opening of its Public Representative (P-Rep) application process. A P-Rep is a community-elected node operator that facilitates consensus on the blockchain, performing activities like verifying transactions and voting on policy proposals.

The application process concludes in September 2019 and will be followed by an on-chain election where all ICON community members can vote for their candidate of choice. Following the election, the ICON network will move into its first phase of decentralization with 22 elected community P-Reps.

ICONSENSUS is ICON’s journey to attempted mainstream adoption through network decentralization. The cryptocurrency plans to implement incentives to support dApp development and other ecosystem-building projects.

The on-chain election and onboarding of the 22 P-Reps is the first step in this process. Subsequently, the community plans to establish Ecosystem Expansion Projects (EEPs) and dApp Booster Programs (DBPs) to “allocate a portion of block rewards to specific decentralized application[s].”

ICON also plans to hold another election process. The cryptocurrency plans to use participants called Community Representatives (C-Reps) to act as liaisons for external blockchains that wish to connect to the ICON blockchain conglomerate.

Following network decentralization, ICON’s goal is to establish a governance structure that mirrors a representative democracy, where ICON holders can delegate votes to candidates of their choice.

ICON also made a recent announcement of ICON LAP100, an ICON Loopchain Alliance Program, in an effort to develop “enterprise-specialized blockchain solutions with… companies and startups in various fields.” The South Korean blockchain company has expressed on multiple occasions its drive for enterprise-level blockchain integrations. Consequently, the project is screening for technical prowess and consistency for its node operators to achieve this aim.

According to ICON’s yellow paper, a P-Rep should be a community member “who has made a significant contribution to the ICON network” and who “shall meet the minimum technical specifications necessary to generate blocks in the ICON network.”

With consumer and big business use in mind, it’s understandable that ICON has placed a high emphasis on consistent block production, which is directly correlated to network uptime. However, producing a cohort of conscientious, engaged, and reliable block producers is a tall order for ICON.

Applying to Become an ICON P-Rep

For those interested in participating, or simply learning more about the process, visit ICON’s recently created community portal. Those applying should be prepared to provide a proposal containing team member information, technical server specifications, and a pitch on how the team plans to “enhance the ICON network.” These details will be made publicly available through the community portal for all ICON members to access.

Since its inception, ICON has made progress as a blockchain project. It has secured a number of promising collaborations with Samsung, LINE, SK-Planet, and the Korea Customs Service. Furthermore, it has the backing of some well-known partners including Pantera Capital and Kinetic Capital, and it has expanded to 142 team members worldwide while boasting strong ties to the global enterprise sector.

Now, it has also kicked off 2019 on a positive note with progress towards greater decentralization. That said, the success rate of blockchain projects in aggregate is still slim. If ICON can maintain its momentum, maybe it can be one of the exceptions.

An Introduction to ICON (ICX): The Interconnecting Blockchain Network 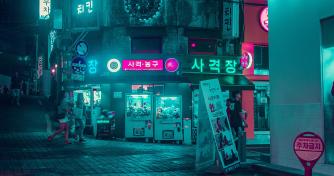