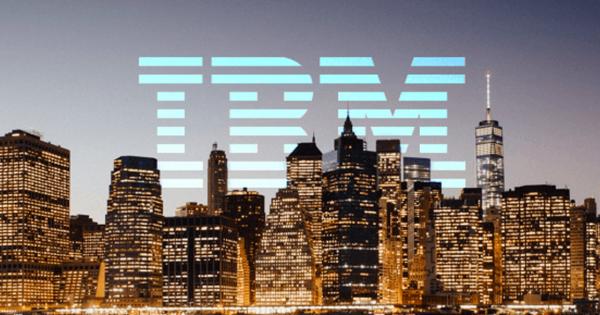 In a move aimed at ending the notorious volatility associated with cryptocurrencies, technology giant IBM announced it will back a stablecoin project on July 17, 2018.

Stablecoin Aimed For Institutional Use

According to Reuters,  IBM Corp will enter a partnership with U.S.-based Stronghold, a cryptocurrency payments company aimed at institutions, to create the “Stronghold USD,” a stablecoin with each unit pegged to the U.S. dollar.

Stronghold launched on July 17, 2018, and is built on the Stellar blockchain. Prospective buyers can purchase the venture-backed token by depositing dollars with Nevada-based Prime Trust, the project’s banking partner, for claiming an equivalent amount of tokens.

Initially, the Stronghold tokens will be available for use among businesses, such as hedge funds, multinational corporations, and financial institutions, with retail usage planned in the following months.

IBM is no stranger to blockchains. Having dedicated a team to the distributed technology in 2013, the company eventually joined the Hyperledger Fabric on a contributory basis and is actively involved in building Stellar.

The relatively obscure Stronghold touts itself as an “on and off-ramp” to the Stellar blockchain, aiming to provide instantaneous settlement and payment options to users of the Stellar Decentralized exchange, as stated on its website.

Jesse Lund, vice president of IBM’s global blockchain division, told Reuters the project is ready for operations as the engineering work has been completed. He added IBM will develop and explore several use-cases with existing business players and networks, propelling the use of the Stronghold stablecoin for conducting financial settlements in IBM’s transactional business.

IBM is aiming to deploy blockchain technology to modernize the multi-trillion-dollar industry of cross-border payments and correspondent banking.

Echoing his thoughts is Tammy Camp, the Stronghold founder:

“The token allows folks to do payments, foreign exchange between companies in a very seamless and frictionless and more secure way. It enables people to be able to trade that token with other assets and other tokens as well.”

The development is evident of IBM’s rising interest in the blockchain sector, buildings upon the company’s advances in private and public blockchain networks powered by digital tokens.

The Need for Stablecoins

For the uninitiated, stablecoins are the cryptocurrency sector’s most unwavering digital asset, intended to be used as a unit-of-account often pegged to a national currency – ensuring the lack of volatile fluctuations in price that attracts more traders than users.

While projects like Tether command a $2.7 billion market cap, its background is controversial, and claims are unaudited, leading to cryptocurrency users regarding the project as a short-term gimmick instead of a worthy project. Tether has been known to print hundreds of millions of dollars out of thin air, with audit trails mostly unconvincing.

The presence of a notarized bank and global technology player sets Stronghold USD apart in this regard. At the time of writing, it remains unknown if the project will develop further to include currencies like Euro and Pound Sterling, or play a more significant role in the cryptocurrency ecosystem apart from an institutional exchange facilitator.