Since the beginning of 2017, cryptocurrencies have received a rock star reception from retail investors. 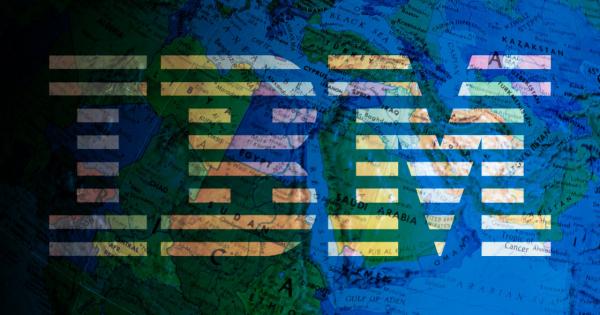 Since the beginning of 2017, cryptocurrencies have received a rock star reception from retail investors. Much of the highly touted crypto boom is the result of individuals pouring resources into existing currencies and fresh ICOs. The movement has the ethos of a grassroots campaign, the effect of a winning lottery ticket, and a market cap in the hundreds of billions.

In contrast, enterprise excitement for cryptocurrencies has been decidedly muted. Although he would later walk back the remarks, JP Morgan Chase CEO, Jamie Dimon, famously called Bitcoin a fraud, and few financial industry leaders have voiced support for cryptocurrencies. They are joined by central governments as the two most frequent naysayers in the crypto boom.

On the other hand, blockchain technology has received significant attention from nearly every industry and by governments around the world.

For example, the Enterprise Ethereum Alliance has hundreds of companies including BP, Intel, Mastercard, and Microsoft. These companies are committed to developing enterprise-grade blockchain initiatives with broad implications for different industries.

Moreover, U.S. Congressional leaders recently touted the blockchain as a technology that can improve security and reliability in the digital age.

While the blockchain is a frequent topic of discussion, cryptocurrencies are often ignored at the industry or governmental level.

Now, one of the most noteworthy and storied stalwarts of industrial development, IBM, is providing a full-throated endorsement of cryptocurrencies, and they see others doing the same.

In a recent interview, Jesse Lund, IBM’s new head of blockchain development, indicated that IBM is investigating enterprise-level use cases for cryptocurrencies.

IBM already uses Stellar for cross-border payments, and they are looking beyond stellar at the broad crypto offerings and how they might be implemented into their burgeoning blockchain business.

Also, Lund revealed that 20 central banks, primarily from countries in the G20, have inquired about digitizing their monetary system by creating a national cryptocurrency. Although no countries have publicly expressed plans to place their monetary system on the blockchain, Lund is confident that this is closer than it may appear. He notes,

“I expect that we’ll see – sometime this year – a central bank at least putting its big toe in the water to issue a digital denomination of their fiat currency into the wild…probably in a controlled climate.”

That would be a tremendous step for a central government to take. Currently, most conversations regarding governments and cryptocurrencies are focused on regulation, not implementation.

We Have a Leader

IBM has positioned itself as a leader in blockchain and cryptocurrency as the tech industry pivots in that direction. As younger generations are embracing a digital-first approach to everything including commerce, this transition only makes sense. As Fortune notes,

“IBM was one of the first big companies to see blockchain’s promise, contributing code to an open-source effort and encouraging startups to try the technology on its cloud for free.”

In addition to providing educational materials, IBM runs a comprehensive blockchain consulting business that is helping lead the crypto movement.

This is impressive for a company that’s more than a century old. If their predictions about crypto adoption, especially at the governmental level, are correct, then they are positioned to be leaders in a transitional period that could drastically alter the global economy.

Regardless, it’s refreshing to see a company taking a stand for cryptocurrency and its necessary role within the world’s financial system.