Hydra promises more scalability and interoperability, and, according to Charles Hoskinson, it will also offer a better layer 2 experience than the Lightning Network. 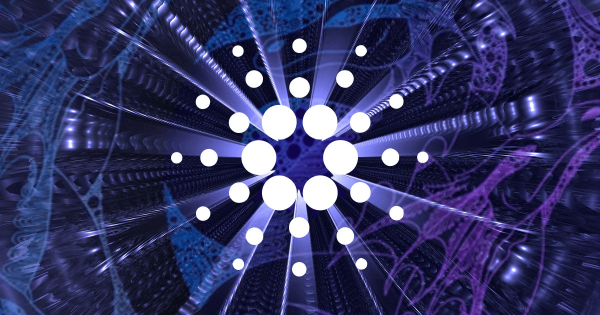 Dubbed by Input Output (IO) as the “ultimate layer-2 scalability solution,” Hydra will improve the underlying performance of the chain to support growth and adoption via increased capacity.

What’s more, the launch of Hydra will add a new dimension to Cardano, similar to the Lightning Network for Bitcoin — except better, according to Hoskinson.

In December 2021, Haskell Dev Matthias Benkort tweeted that Hydra is moving closer to testnet. Many assumed this meant a sooner than expected rollout for the scaling solution protocol.

Fast forward to now, and it appears as though a final version will launch soon. Hydra’s launch means a scaling solution to maximize throughput, minimize latency, incur low to no costs in doing so, and significantly reduce storage requirements.

It will achieve this by utilizing a process called isomorphic scaling, which works by processing transactions off the main chain while reserving the main chain as a secure settlement layer.

Through isomorphic state channels, or heads, Cardano functions such as native assets, non-fungible tokens (NFTs), and Plutus scripting are all available within each head. Therefore, users get the benefits and security of the layer-1 chain but within a “sharded head,” of which there will be many.

“These are state channels that are capable of expediently reusing the exact state representation of the underlying ledger and, hence, inherit the ledger’s scripting system as is.”

In theory, the network will become faster as it scales through more heads being added.

Speaking to Lex Fridman last year, Hoskinson described Hydra as a co-designed layer-2 solution for scaling. Co-designed in the sense that special provisions are in place to accommodate Hydra, unlike the Lightning Network, which was not co-designed with Bitcoin.

The benefits of co-design are it’s effortless to move in and out of the system while still maintaining security properties.

Add to that the sophistication that comes with separate heads, along with a “more expressive accounting model,” and the result is that it’s possible to do more, including building safeguards against lost funds.

“So instead of always being aligned and always being available, what happens if they [the head and tail protocols] die for a bit and then they come back? And you can create all kinds of guarantees that your funds won’t be lost or locked forever or things like that. There’s a failure recovery mode for this type of stuff.”

With the Basho scaling phase well underway, the next question is whether the ADA price will react accordingly.