Here is why Ethereum’s dominance in DeFi is falling

A note from analysts at JPMorgan has revealed that Ethereum could lose its dominance of the DeFi space soon. 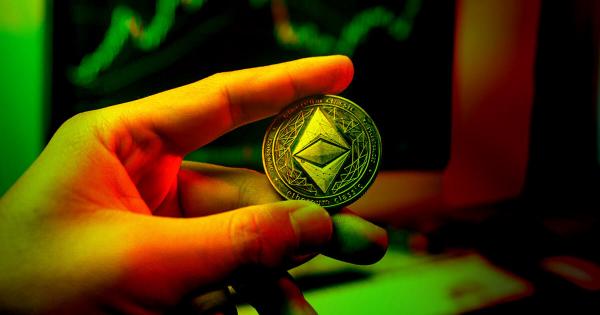 Ethereum is undoubtedly the leading blockchain in DeFi, but this could be about to change as analysts at JPMorgan have noted that the dominance of the asset in the space could already be fading.

According to the analysts, the rise of smart contract-enabled protocols like Terra, Avalanche, and Solana have shown that the lead of Ethereum is not absolute in DeFi.

These projects, it was revealed, have eaten into its dominance, and they could potentially charge further impact in this new year.

Ethereum is losing dominance in DeFi

To put this in perspective, Ethereum’s market share of DeFi TVL was almost at 100% at the beginning of 2021. However, that figure had dropped to around 65% towards the end of the same year.

Nikolaos Panigirtzoglou, the team leader of the analysts, wrote that the major cause of the lost ground could be tied to the scalability of the ETH network.

Per the note, the scaling upgrade needed by Ethereum to maintain its dominance of the space might arrive too late.

“Ethereum is currently in an intense race to maintain its dominance in the application space with the outcome of that race far from given.”

Due to this scaling problem, other independent blockchains like Terra, Avalanche, and Solana have enjoyed large fundings from investors and are incentivizing the use of their platforms.

Why is Ethereum losing its dominance?

A cursory look at the number of transactions each DeFi-supporting blockchain could perform within a second would reveal that Ethereum is far behind its competitors.

According to available data, while ETH can complete between 15-45 transactions per second (TPS), competitors like Terra and Solana can complete 1,000 TPS and 50,000 TPS, respectively.

Apart from this, there is the issue of the high gas fees which is quite common with the  Ethereum blockchain. Though the network has been battling this with its EIP-1559 upgrade, the transaction fee on rivals like Solana is still very much cheaper.

All of this might have played a role in the analysts concluding that Ethereum’s network might not enjoy its current level of activity when its scaling update is completed, as users might have migrated to its competitors’ ecosystems.

We are already starting to see affirmation on what the Bank of America recently said around Avalanche providing a credible alternative to Ethereum for DeFi protocols, NFTs, and other activities. Since then, the TVL of projects on its blockchain has grown to over $11 billion, according to data from DeFiLlama.