Anonymous intends to investigate Kwon's history since he entered the crypto industry and believes that there are several other crimes that he might have committed. 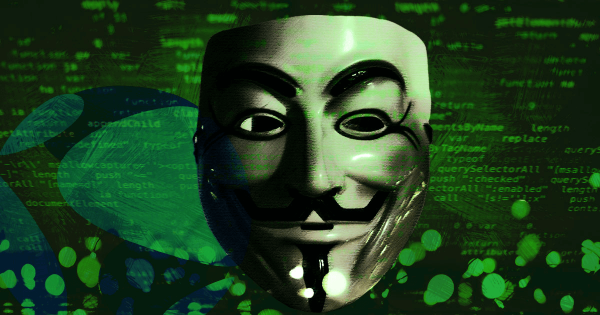 Hacktivist group Anonymous said it will ensure that Terra founder Do Kwon is brought to justice in a newly released YouTube video.

Anonymous listed all of Do Kwon’s alleged crimes, including taking $80 million monthly from the Terra ecosystem and his role in the crash of Basis Coin, another algorithmic stablecoin allegedly created by Kwon under the pseudonym “Rick Sanchez.”

Part of the video transcripts reads:

Do Kwon, if you are listening, sadly, there is nothing that can be done to reverse the damage you have done. At this point, the only thing that we can do is hold you accountable and make sure that you are brought to justice as soon as possible.

The group intends to investigate Kwon’s history since he entered the crypto industry and believes that there are several other crimes that he might have committed.

There is no doubt that there are many more crimes to be discovered in your trail of destruction.

Additionally, the group criticized Kwon for acting like Terra was too big to fail and for trolling critics and competitors.

Kwon and his company, Terraform Labs, are already facing multiple investigations in South Korea and the U.S. If Anonymous makes good on its promise, it could provide more firepower for investigators and investors hurt by the crash.

Anonymous is one of the most popular cyber vigilante groups in the world. The decentralized group started in 2003 and has taken responsibility for several cyber attacks against government institutions and private corporations.

Terra-linked tokens have been performing well in the last 24 hours, according to CryptoSlate data. The new LUNA token is trading at $2.6 after a 9.7% rise in the previous 24 hours.

These positive performances are surprising given that the top 10 cryptocurrencies by market cap have experienced an average drop of 1% in their value over the same 24 hours.