Blockchain and gaming have been on a collision course and may have reached the point of impact. 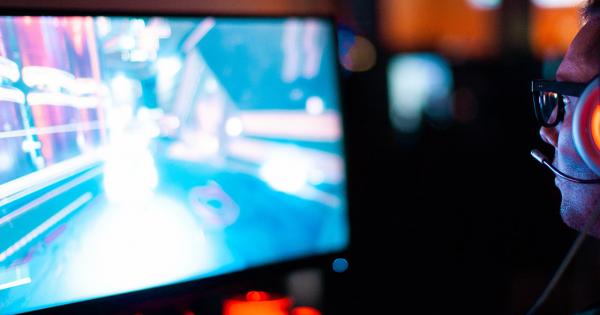 Blockchain and gaming have been on a collision course and may have reached the point of impact. Rapid changes in technology and methodologies have begun to happen across different sectors of the gaming industry. Here are some of the most significant ways distributed ledger technology is changing gaming.

Variety of use cases

At the core, gaming is all about having fun. This focus on fun yields a unique opportunity. The non-threatening paradigm of gaming provides a safe environment to test new ideas where the repercussion of failure is very low while the reward of exploration is high.

Games also teach. Well designed games have a way of encouraging gamers to learn and adapt to new paradigms. Together, there is often a network effect where cutting edge technologies change games while those same games drive the evolution of said technologies. One of the most iconic examples of this pattern is the relationship between the rapid expansion of high-speed Internet and the growing demands of online gamers.

Blockchain technology appears to be no exception to the pattern. There are many loosely-related touchpoints between the blockchain and the gaming industries. Many of the blockchain innovations happening within gaming are centric to tokens. As the greater blockchain development community has adopted standards for tokenization formats, game studios are now using these formats to tokenize in-game assets and are creating new markets for trading those assets.

Blockchain-based fundraisers are built on token pre-sales and are helping teams finance everything from new game projects to professional e-sports teams. And for those blockchain networks that support distributed applications, often called “dApps,” the most popular dApp genre by both user count and transaction volume is games, especially when you include gambling and crypto-collectables.

While most announcements are coming from relatively new startups and smaller companies, the list of triple-A gaming developers and publishers announcing blockchain titles is growing with brands such as Atari, Ubisoft, and Epic Games announcing projects and partnerships.

Blockchain technologies ushered in the era of Initial Coin Offerings, or ICOs, which somewhat like an IPO work as a crowdfunding mechanism. People who want to support a project can purchase that project’s token before the project is launched, often with the promise of some future benefit. Many regulatory bodies have put restrictions on ICOs, particularly after a surge in scams and securities offerings. However, a broadly accepted form of ICO allows for “utility token”—a token that can later be exchanged for some specific good or service from the company.

The SEC’s no-action letter for “Quarters,” an Ethereum ERC-20 token on the Pocketful of Quarters gaming platform is an example of utility tokens getting clearance from U.S. regulators.

This model works particularly well for game studios looking to pre-sell game assets from a future game or expansion to fund that project’s development. Fuel Games, backed by a group of investors that includes Coinbase, followed this model and successfully raised over 4600 ETH in 2018 for their blockchain-based trading card game Gods Unchained, worth over $1.3 million at the time.

Tokenizing game assets for presale is only one application for tokens. One of the projects that originally demonstrated the value of nonfungible tokens came by the way of cute digital cats, also known as Crypto Kitties.

While falling short of being a “game,” in the formal sense, these collectible digital cats can be bred to create offspring with DNA from each parent (along with an element of randomization). Using the ERC-721 standard, each tokenized cat is a distinct entity with a complete history and relationships to other cats, creating a unique experience for collectors.

While these collectible tokens can and are used to represent assets in proper games, dApps like Crypto Kitties are part of a distinct class of dApps that rely entirely on their collectability, appropriately called Crypto Collectables.

Esports is precisely where you might expect to see the embrace of an ‘e-currency.’ The once-modest early days of video game competitions have evolved into a modern billion dollar industry.

For example, this week Kyle Giersdorf at 16 made a name for himself by dominating the Fornite World Cup singles tournament and taking home an unprecedented $3 million grand prize—more than Tiger Woods received for winning the 15th title in the Masters golf tournament.

It seems unsurprising that companies like Unikrn, an esports betting platform, would launch their own token such as Unikoin. What is a bit surprising is the market cap for that token which is currently worth over $3 million. In another example, the “teambuilding and skill-growing” esports platform Dream Team has a token in the same sector with a market cap over $1 million.

Many games, such as those that are only tokenizing a few in-game assets, are generally using blockchains alongside their existing platform. Game designers often use blockchain services only as a marketplace for their digital goods while the game itself still runs on traditional servers. Alternatively, some games run all of their core functionality directly on a distributed virtual machine on the blockchain. These applications are called distributed apps or dApps.

Visit dApp Radar, where decentralized apps are ranked by transaction volume, and you’re likely to find that games dominate the rankings. Within the overall pool of gaming dApps, there are three distinct categories: crypto-collectibles, gambling dApps, and games.  In fact, games, collectibles, and gambling dApps combined account for nearly 60 percent of all dApps currently listed.

The classic gaming brand Atari, with a somewhat complex history, announced their own token, not surprisingly named the Atari Token. While it’s difficult to know what plans Atari may have with their own Token, they partnered with Animoca Brands to make versions of RollerCoaster Tycoon and Goon Squad that use blockchain technologies.

“Blockchain technology is poised to take a very important place in our environment and to transform, if not revolutionize, the current economic ecosystem, especially in the areas of the video game industry and online transactions,” said Fred Chesnais, CEO of Atari Game Partners. “Given our technological strengths with the development studios, and the global reputation of the Atari brand, we have the opportunity to position ourselves attractively in this sector. Our objective is to take strategic positions with a limited cash risk, in order to optimize the assets and the Atari brand.”

Epic Games, the developer behind the Unreal game engine as well as the highly popular multiplayer game Fortnite, announced a partnership with blockchain game distribution platform The Abyss. Epic’s biggest competitor in the industry when it comes to game engines, Unity recently announced partnerships with both the Enjin token platform and the Kin SDK showing clear support for multiple blockchain platforms within their ecosystem.

And the games have just begun

This article by no means covers the full scope of activity happening as the gaming industry begins to explore blockchain technologies and it’s still too early to know what projects will be well received and which will not. However, the volume of activity alone suggests that the gaming industry will likely play a significant role in the next wave of blockchain and cryptocurrency innovation.