One old school Runescaper received a donation of 20 Bitcoin from an anonymous benefactor—the coins are worth over $74,000. 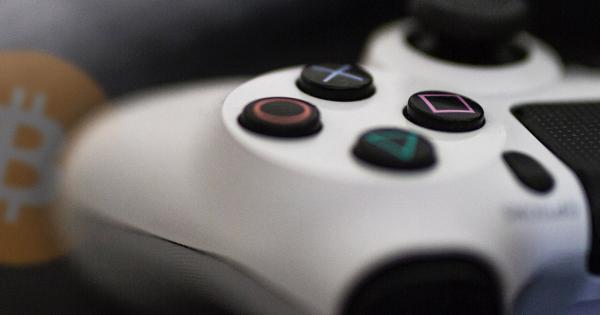 One old school Runescaper received a donation of 20 Bitcoin from an anonymous benefactor—the coins are worth over $74,000.

Sick_Nerd is a professional gamer who focuses on streaming Old School Runescape, the 2007 version of a once-popular massively multiplayer online role-playing game (MMORPG). As of writing, the game had 120,000 people online and playing.

During a Jan. 11th game stream over Twitch, Sick_Nerd anonymously received a donation of 20 Bitcoin. With each Bitcoin trading at roughly $3,700, the coins are worth well over $70,000.

Thank you to my mysteriously benefactor whoever you are, genuinely a life changing amount of money that I or nobody deserves but look what happened.
Crazy

This wasn’t the first time that Sick_Nerd was donated a Bitcoin, having received a 4 BTC donation sometime prior to the larger donation. CryptoSlate has reached out to Sick_Nerd for comment but has yet to receive a response.

Video Gaming as a Career

Professional gaming is one of the newest digital careers after professional YouTubing. Similar to spots, top streamers make upwards of $300,000 while most either stream as a hobby or survive on a conventional job supplemented by streaming.

The video gaming platform, Twitch, has enabled a renaissance in professional gaming. The video streaming and community-building platform allow gamers to actively make a living via community donations and subscriptions. As of May 2018, the platform had 2.2 million broadcasters and 15 million daily active users. Twitch has made the process of tipping easier than ever, allowing gamers to monetize their gameplay time.

Video gamers as content creators are the newest addition to the YouTube nouveau rich. In contrast, although top YouTubers are able to make it rich, many more gamers—like Sick_Nerd—are able to make a sustainable living on Twitch.

Runescape is a game based in a medieval fantasy realm, with a setting similar to the original Dungeons and Dragons. The game that peaked in popularity in 2007 and was recognized by the Guinness World Records as the world’s largest and most updated free MMORPG.

That said, a changing gaming landscape, the proliferation of for-profit currency bots, and controversial core gameplay changes left Runescape in a deteriorating position. In 2012, the game introduced microtransactions, where users can purchase powerful in-game benefits. This led to another outcry, as with many other games microtransactions tend to be profitable but loathed by players, which may have also contributed to the game’s decline.

By July of 2013, the third iteration of Runescape was released, but at this point, the game was met with a lukewarm response. Many players were off-put by the fancier graphics and more complex gameplay, having become accustomed to the original Runescape’s simpler charm.

To appeal to the game’s original player base, the 2007 version of the game—when Runescape was in its hayday—was released in February of 2013. Old School Runescape has a devout following of die-hard players, including Sick_Nerd, that rivals the newer release.

These donations are facilitated via Streamlab, popular open broadcaster software for gamers which helps professional streamers optimize the process. The company added support for cryptocurrency in June of 2018, and crypto-donations and acceptance have since skyrocketed.

Small use-cases like these are what could allow cryptocurrency, such as Bitcoin, to enter the mainstream. As more vendors find ways to integrate cryptocurrency in a convenient way of transferring value, then this will have the snowball effect of bringing on more users, and consequently bringing on more merchants.

As trivial as it may seem, cryptocurrency donations over Twitch could be paving the way for more mainstream adoption.