Four Impressive Ethereum DApps You Can Use Right Now

DApps are a new breed of apps: they interlaced with the blockchain. 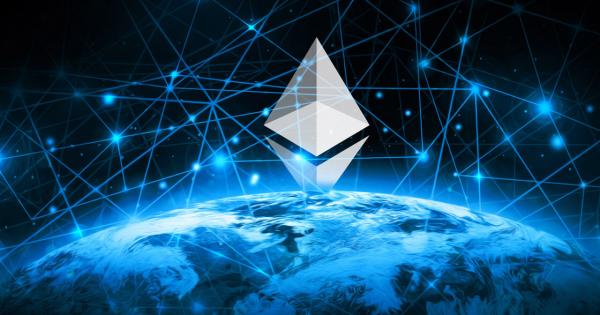 DApps are a new breed of apps: they interlaced with the blockchain. They are decentralized, and they are not controlled by one single person. 2017 saw lots of money funneling into the blockchain space, and in 2018 we are beginning to see decentralized results.

DApps, or decentralized apps, do not have a fully clear definition yet as they are still so new. DApps require a Ethereum browser such as MetaMask, Toshi or Status to run.

In this article, we will be focusing on Ethereum-based decentralized apps.

Connecting to a dApp browser like Toshi, Status or MetaMask allows the dApp to connect to the Ethereum Mainnet, so that all transactions can be recorded on the blockchain.

In this article, we are going to have a look at some of our favorite dApps that already have an Alpha, Beta, or even fully functioning status.

What You Will Need to Get Started

If you are using a laptop, use either Google Chrome or Brave and download the MetaMask extension. MetaMask acts as a bridge between traditional browsers and the Ethereum blockchain.

If you are on your smartphone, download Toshi to have a look at a few of the dApps that are up and running. Some dApps work only on smartphones and some only on browsers.

Once you have an Ethereum dApp browser setup and connected you an Ethereum wallet, you can start exploring some of these interesting dApps.

DNN uses tokens as a way to incentivize factual news coverage. With no central authority, the site is curated by the people who use it; making it much harder for biased news. Everything is fact checked by reviewers who are paid in tokens for checking. Writers are rewarded by readers by the quality of content, not what the news agenda decides to push as the front headline.

uPort is a brainchild of ConsenSys, one of the largest institutions for Ethereum development. This dApp gives a unique digital identity to the user. uPort can become the next passport, the next step for voting via smartphones, and a way to identify credentials. The Swiss city of Zug has already begun implementation of uPort with citizen identity.

While the app is very basic now, it gives a broad idea of how this identity will look like on a phone in the future.

Leeroy is like a Twitter feed without advertising. Statuses can be upvoted with tokens, paying the writer for solid content, and allowing the users to create the database. It’s a bit expensive and bulky now, but the fact that it is working and improving as a result of people using it shows that this is the future of social networking. Social networks of the future will be run by the people who use them, free of advertisements and completely decentralized.

Availability: MetaMask https://leeroy.io/i/featured/posts/top-tipped or via Toshi

Ethlance is set to disrupt a huge industry: the online job board for freelancers. Upwork.com is currently the most widely used website to find online work, but because it is centralized it is very expensive. For the first $500 a freelancer makes, he/she has to pay Upwork $100. And that goes for every single client a freelancer starts a relationship with.

Because Ethlance is on the blockchain and isn’t run by any single person, there is nobody from Ethlance taking a cut of a freelancer’s profits. It will be accessible to “everyone forever,” as all files will be stored via IPFS. The only thing users need to pay for is the price of gas associated with a transaction.

Ethlance is a part of the district0x community, a network of decentralized marketplaces.

The decentralized future of the internet is very exciting, and 2018 will begin to show the masses the true potential of Ethereum and it’s dApps. To look at a full list of dApps being made (there are almost 1000 now), check out State of the DApps.