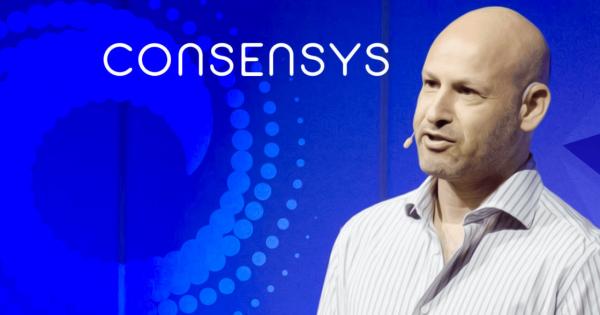 As cryptocurrencies are gaining mainstream attention, much of the focus is on the two preeminent cryptocurrencies, Bitcoin and Ethereum. While Bitcoin’s founder, Satoshi Nakamoto, remains an obscure figure with no verified identify, the co-founder of Ethereum, Vitalik Buterin, has risen to the role of niche celebrity, and he is quickly becoming a dominant influence in technology.

Of course, Buterin didn’t launch Ethereum on his own.

Joseph Lubin, one of the eight founders of the Ethereum project, makes fewer headlines, but he is equally influential in the emerging blockchain and cryptocurrency sector. As one founding member of Ethereum described him, “Rather than seek to dominate the blockchain space, Lubin became its soft-spoken shepherd.”1

While at Princeton, he did more than just attend classes. Lubin began acquiring practical experience in the Princeton robotics lab where he would begin defining and developing his unique skill sets.

Before pursuing blockchain and finance, Lubin engineered music software that led to a two-year stint in Jamaica’s music industry. This is illustrative of Lubin’s vast and instructive professional pursuits.  They are developmentally-oriented and progressively-focused. He always seems to be challenging the established systems and forming new possibilities.

Finance and Technology: The Intersection That Changed History

Lubin’s foray into finance began at Goldman Sachs, where he worked before exploring opportunities at various hedge funds. His time at Goldman Sachs and in the hedge fund industry would prove to be transformative, as they would introduce Lubin to cryptocurrency and the untapped possibility of the blockchain.

In a DevCon interview, Lubin explains that he “got involved in different kinds of trading [that] basically made it so it would be impossible for me to miss Bitcoin.” Aware of the implications and inspired by the possibilities, Lubin turned toward cryptocurrencies.

Ethereum wasn’t the first crypto platform on the market, but it is perhaps the fullest expression of the promises and possibilities of cryptocurrency. Having experienced the early days of Bitcoin and having read Vitalik Buterin’s white paper on the decentralized blockchain, Lubin pursued involvement in the Ethereum project.

As a founding member, Lubin bet his own money on the project by personally funding the startup until they acquired financing from the Ethereum ICO.

In some ways, Lubin is shrouded in mystery. It’s unclear just how much money Lubin has made while working with the Ethereum project, though some rumors speculate that he owns a tremendous amount of Ether, probably as a result of the financing that he provided to launch Ethereum.

Nothing Theoretical. A Practical Approach.

While Lubin is an advocate for the possibilities of blockchain technology, he doesn’t reside in hypotheticals. His work with ConsenSys and Ethereum both prioritize development and implementation of DApps to solve real-world problems.

For example, after the egregious statistics of the Equifax hack were released, Lubin published an article that highlights security-related benefits of the blockchain for businesses and governments.

Lubin is striving to achieve technology that enables “No more widespread hacks. No more mass credit freeze requests from a shaken populace.”

In short, Lubin isn’t so much selling a product as he is his fundamental beliefs and their practical expressions through blockchain technology.

Lubin believes in the blockchain, and his work so far serves as a harbinger of his intentions going forward. He recently issued a public reaffirmation that Ethereum and ConsenSys are his primary projects, and both companies are growing at tremendous rates.

Ethereum’s value is has increased 3000% this year, and ConsenSys is expanding its operation beyond development and into consulting and collaborative work. All of this working is forwarding Lubin’s single vision. He believes that his project is the future of the internet, internet 3.0, and that his platform is the avenue through which we will all live more secure, transparent, and efficient lives.

If our pasts provide an indication of our futures then Joseph Lubin figures to be incredibly successful in this endeavor. His collection of broad experiences, profound skills, and valuable collaborations make him one of the most prominent influences in the crypto space.

While he doesn’t gain as much public notoriety as other in the tech sphere, it’s probable that his work will be some of the most widely discussed and most thoroughly implemented of them all.