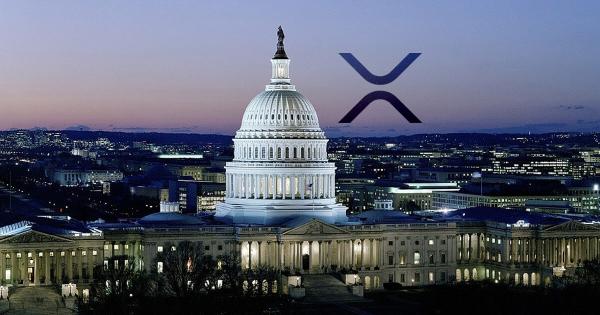 The self-styled “Crypto Dad” was instrumental in spearheading studies at U.S. bourses and regulators that eventually led to Bitcoin and Ether being classified as commodities, similar to rice or sugar futures.

Giancarlo’s Howey Test analysis and application to XRP conclude the latter is more similar to the U.S. dollar than a security. However, it must be noted his law firm now works for Ripple — which could mean partiality to the project.

A detailed argument published on the International Financial Law Review explored reasons why XRP, made by the team behind OpenCoin in 2012 and rebranded from “ripples” in 2015, was not a security.


Cryptocurrencies and US securities laws: beyond bitcoin and ether https://t.co/IS6S5yvQXA via @intltaxreview

$5.9 billion worth of XRP is currently in circulation, as per on-chain analytics site Messari. Ripple Labs — despite distancing itself from XRP in certain areas — continues to partly fund itself by periodically selling a portion of its 55.6 billion XRP, as Forbes reports.

However, he argues that a fair application of the Howey test places XRP as a medium of exchange. The paper adds “increased adoption” of XRP — evidenced by booming on-demand liquidity corridors and adoption in African markets — means the currency is significantly used as a form of payment by consumers and businesses in recent times.

The U.S. SEC has criterias for securities fulfilling the Howey test. The first states any “investment contract should be implied or explicitly stated between the issuer of the asset.”

Howey test’s second criteria notes there must be no “common enterprise” between shareholders or a shareholder and the company. To this, Giancarlo notes XRP’s intended use is that of a liquidity tool, with its more general use to transfer value and its potential as a speculative asset.

However, to the above points. While XRP is used as a medium for exchange now, as Giancarlo notes, the fact remains that Ripple was rebranded from OpenCoin, with the original creators of XRP (formerly ripples) then creating a distance of the currency (XRP) from Ripple. In essence, the firm was benefited greatly by the initial issuance of ripples and was a “common enterprise” for a few years, if not now.

Meanwhile, the third prong of the Howey test said there should “no reasonable expectation of profit should be derived from the efforts of Ripple.”

Giancarlo noted the above in regard:

Giancarlo’s arguments, and any community or media rebuttals, remain open-ended topics for now. The former’s arguments do hold weight in current times, if the creation of XRP and the history of Ripple is not considered.

In fact, there’s plenty of support for XRP as a currency. Coinbase — known for its legal-first listing for assets and distance from unlicensed securities — added XRP support in February 2018 after the company’s internal audit deemed the contrary.

So what does Giancarlo’s argument mean anyway? For one, enterprise Ripple clients like American Express, Santander, and SBI Holdings Japan, which don’t use XRP currently in favor of RippleNet, could technically onboard XRP for use if it’s considered a currency.

That could, in turn, mean Ripple is propelled to one of the decade’s biggest and most valuable startups; spurring more adoption and widespread crypto use considering the benefits.